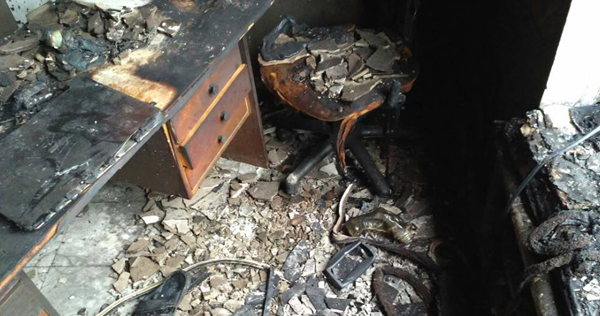 The ongoing campaign to oust the last critical voice from the Russian constituent republic of Chechnya is escalating. If Memorial, the last remaining human rights organisation on the ground, is forced to leave the republic, we will have no way of knowing what human rights violations are committed there. The local dictator Ramzan Kadyrov will have free rein to propagate a distorted, cleaned-up image of Chechnya – free from corruption, torture, and extrajudicial killings. If we do not want a new North Korea in the world, the politicians of the West must act forcefully, today.

Lately, the Russian human rights organisation Memorial has been attacked on multiple fronts. The objective is clear: to oust the organisation from the country.

On 9 January, Oyub Titiev, Memorial’s director in the Chechen capital Grozny, was pulled over by the police on his way to work. After seven hours of uncertainty, his colleagues were informed that the 60-year-old had been arrested and charged with unlawful possession of drugs, which can lead to up to 10 years in prison. For us at Civil Rights Defenders who have worked with Oyub for a decade, the allegations seem absurd. Two other critics of the regime in Chechnya have previously been convicted for possession of narcotics, which in other words is a common way to remove critical voices.

On the night before 17 January, two masked men broke into Memorial’s offices in Ingushetia, the republic neighbouring Chechnya in the west. They poured gasoline on the floor and set fire to the office. Three out of six rooms were completely burnt and the fire damaged or destroyed important documents and equipment.

On the evening of 22 January, yet another attack was launched as Memorial’s car was set on fire in Dagestan, Chechnya’s neighbour in the east. Memorial received a text message with unequivocal content: “Next time we’ll burn you with the car. Keep your mouths shut.”

The likelihood that the events are unrelated is miniscule. The only reasonable interpretation is that the Chechen leadership wants to oust the most prominent of the few critical voices that remain in Chechnya. If they succeed, the silence will become almost total. Though there are a few other Russian organisations raising awareness about torture, disappearances, and other serious crimes that are still being perpetrated in silence, Memorial is the only one with a permanent presence in Chechnya. In addition, Memorial’s monitoring of human rights violations is far superior.

The Chechen Republic has been the site of gross human rights violations for over two decades, ever since the First Chechen War broke out in 1994. The European Court of Human Rights has convicted Russia of torture, extrajudicial executions, and other gross violations perpetrated in Chechnya roughly 300 times. A great number of these cases were pursued within the framework of Civil Rights Defenders’ collaboration with Memorial, among others. Many of the verdicts concern events that transpired at the beginning of the Second Chechen War, including, for example, the “mopping up” operation in Novye Aldi in February of 2000, when at least 60 civilians were killed by Russian troops.

Since then, the verdicts have become fewer, partly because the conflict entered into a less intense phase but also, and increasingly, because fewer Chechens dare to seek justice. The conflict became “Chechenified” when Achmad Kadyrov was appointed as Chechnya’s leader. Using their local knowledge, Chechen forces loyal to Moscow could perpetrate the oppression more efficiently than the regular Russian army and fewer dared to speak out.

Ramzan Kadyrov, the previous leader’s son, oversees a reign of terror in the republic, where it is no longer enough to silence critical voices and ordinary citizens are forced to profess their loyalty. Children write poems in praise of Kadyrov and Russia’s president, Vladimir Putin. Anonymous sources speak of parents who are too afraid to be open with their children. Local human rights defenders have in most cases left the republic, been incarcerated, or been forced to work for the regime.

But the oppression does not stop at the Chechen border – a person who was supposed to testify about torture perpetrated by Kadyrov himself was killed in Vienna in 2009 and Civil Rights Defenders has collected other testimonies about persecution abroad. Kadyrov has threatened Russian politicians of the opposition with death, and the murders in Russia of several critics of the regime, like journalist Anna Politkovskaya and politician Boris Nemtsov, can be linked to the Chechen government.

Memorial has followed and documented this development since the beginning of the First Chechen War. Despite the fear in today’s Chechnya, more than 50 families summoned the courage to report that their relatives had been kidnapped in 2017. Such reports could come to an end if Memorial is forced to leave Chechnya. Memorial’s director, Aleksandr Tjerkasov, says that the current situation will soon be as dire as at the beginning of the Second Chechen War.

As one of Russia’s oldest human rights organisations, founded before the dissolution of the Soviet Union, Memorial has an unusually strong position. If the organisation leaves Chechnya, it looks likely that no outsiders will be let in either.

In other words, Memorial’s presence or absence in Chechnya is crucial to whether we will be able to learn anything at all about what is going on in the country in the future. EU leaders have expressed their concern for the situation on Twitter and in written statements. But in this case, it is simply not enough – they must turn directly to Putin and demand that Memorial is protected. If Stefan Löfven, Federica Mogherini, Angela Merkel, Emanuel Macron, Donald Tusk, and other EU leaders do not act today, it may be too late tomorrow. In that case, we will only hear of the Chechen children’s poems in praise of Kadyrov and other good news from Chechnya.

How Those Responsible for War Crimes Can Be Held Accountable