“Seeing All These Inspiring People Gives Me Strength” 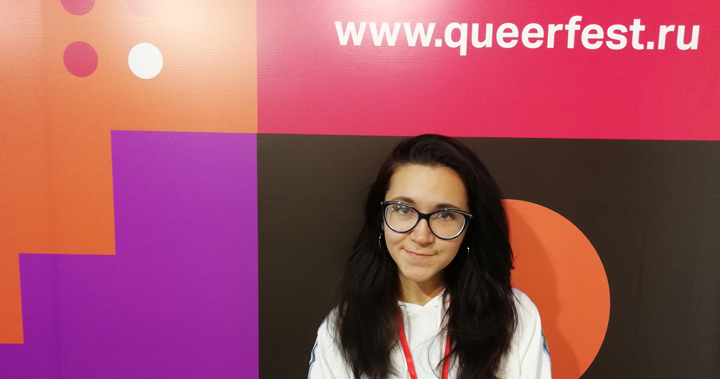 Julia Gataulina is a former volunteer and now one of the organisers of the Russian Pride Festival Queerfest.

Voices from Queerfest:
Close-up with Julia Gataulina, former volunteer and now one of the organisers of Queerfest.

“A new chapter in my life started in September 2015 when I moved to St. Petersburg, Russia. After only a few days, I joined the Queerfest volunteer team, and the festival was set to start two weeks after that. The feeling of being part of the community – of LGBTQ+ activism and culture – fulfilled me. These were things that I had wanted to belong to for a long time, and it suddenly became possible thanks to Queerfest.

Now, I feel very connected to these communities and the festival as such. Seeing all these inspiring people and initiatives gives me many things. Most importantly, it gives me strength. For that, I am very grateful!”

This year, the Russian Pride Festival Queerfest celebrated its 10th anniversary. Amid repressive laws and severe homophobia permeating the Russian society, the event has continued to grow, and is now one of Russia’s most important LGBT events. This year, it gathered a record number of 2.800 visitors!

“Love has no borders” was this year’s slogan at the Barents Pride – a pride festival celebrated in Kirkenes, Norway. Situated in the northern area of the country, the town borders to Russia. The sloga...

Voices from Queerfest: Close-up with Bella Rapoport, journalist and Queerfest visitor. “The most important thing about Queerfest is that I can be amongst the people that I feel comfortable with. I kno...

Voices from Queerfest: Close-up with Kris Jashina, visitor at the 2018 Queerfest. “Queerfest for me is a space where the understanding of identity and culture is in focus. Importantly, it is a place w...