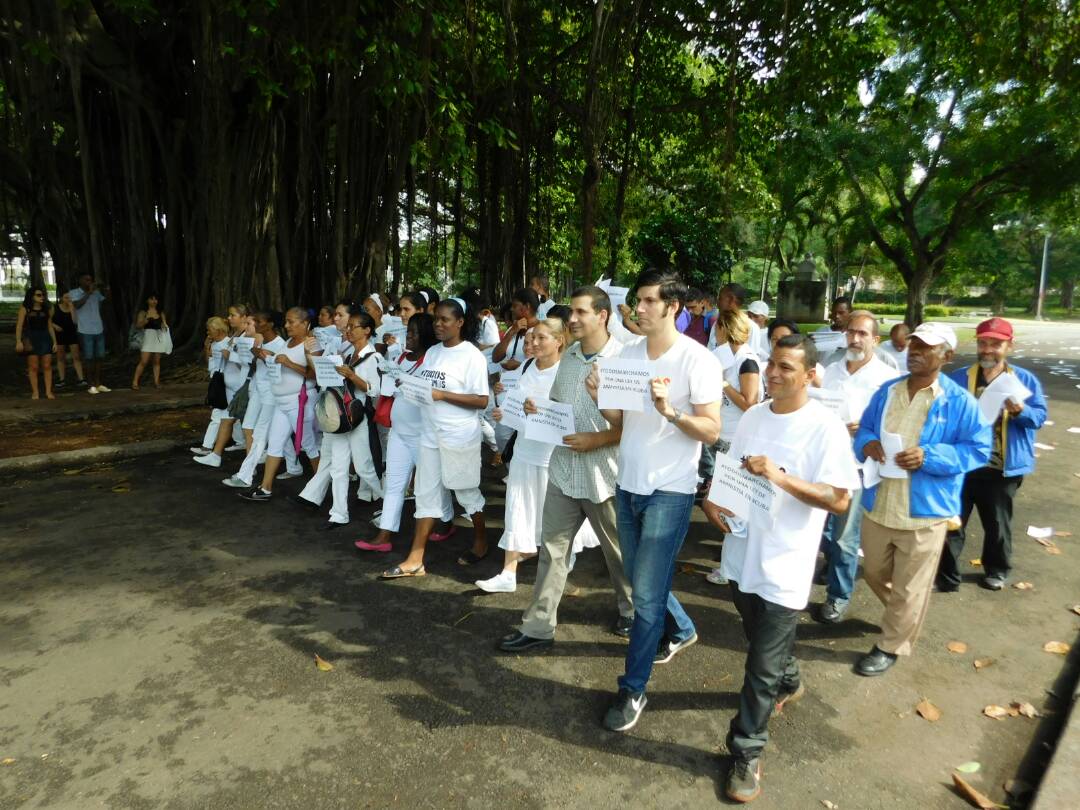 Claudio Fuentes at a demonstration of #TodosMarchamos in Havana in 2016. Fuentes is number two from the right in the first row.

Police sources say he is being held at the police station in San Miguel de Padrón, which the officials at the station claim is not true.

Claudio Fuentes is part of the Estado de Sats team, that has been working together with Civil Rights Defenders to promote respect for human rights and democratisation in Cuba since many years.

Fuentes and the Estado de Sats team has filmed and produced a number of important documentaries on victims of human rights violations in Cuba, as the ”Gusano”, on repudiation acts against human rights defenders.

The arrest of Claudio Fuentes is not only an attack on Estado de Sats and their work to promote freedom and democracy, but also on the creativity of the Cuban people, one of the few resources the country still holds after decades of repression and economic destruction. Civil Rights Defenders calls for the immediate release of Claudio Fuentes.

In mid-March the Cuban government sentenced 127 people to a total of 1916 years in prison for demonstrating and expressing their views. Almost a year after the 11 & 12 July (11J) protests in Cuba ...

Just before Christmas a municipal court sentenced 17 protesters from the marginalized neighbourhood La Güinera to between 15 and 25 years in prison. “The government targets people in La Güinera becaus...

Nationwide Protests for Freedom Shut Down in Cuba

The streets in Cuba were empty as the government managed to suppress the pro-democratic protests planned for 15 November. During the weekend, ahead of the protests, police and security officials detai...