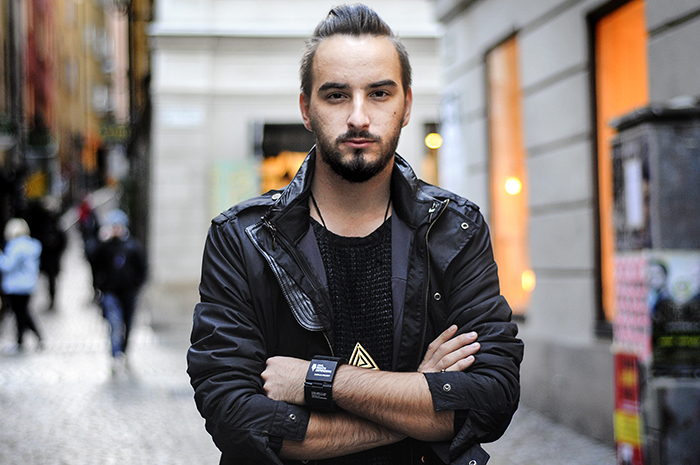 The second person from Montenegro to be included in Natalia Project will be Stevan Milivojevic who is the Executive Director of LGBT Forum Progress, the first LGBT organisation in Montenegro. He is one of the few openly gay men in Montenegro, which makes him exposed to numerous forms of violence, discrimination including both physical and verbal attacks as well as death threats due to his sexual orientation.

“Natalia Project will make a profound impact on my general sense of safety and well-being. It will make me feel more focused on my work without thinking about the bad aspects that might happen such as daily verbal assaults, physical assaults and death threats’’, Stevan says. “Natalia Project makes a huge difference in knowing that, in any case of an incident I will always have my friends and colleagues who will be there, notified and able to help. This is why Natalia project is unique and truly changing the reality of civil rights defenders at risk,’’ he adds.

Stevan is also a member of the Governmental Council for Protection Against Discrimination and was one of the principal organisers of the first Pride parade in Montenegro that took place amid tight security in July 2013.

Montenegro is a conservative society where many LGBT people feel invisible and cannot come out in society for fear of repercussions. Beatings, hate speech, smear campaigns and threats of violence are common. As recent pride parades have demonstrated, to exercising one’s rights to freedom of expression and assembly can be met with extreme violence.

This was clearly demonstrated at Budva Pride in 2013 when over 2.000 counter-demonstrators, some of them chanting; “Death to gays”, threw stones, bottles and other missiles at the police who were protecting people taking part in the “Seaside Pride”, the first Pride parade to be organised in Montenegro. The fact that the Podgorica Pride in 2014, organised with strong police protection, could be held without any reported incidents, was an important step forward.