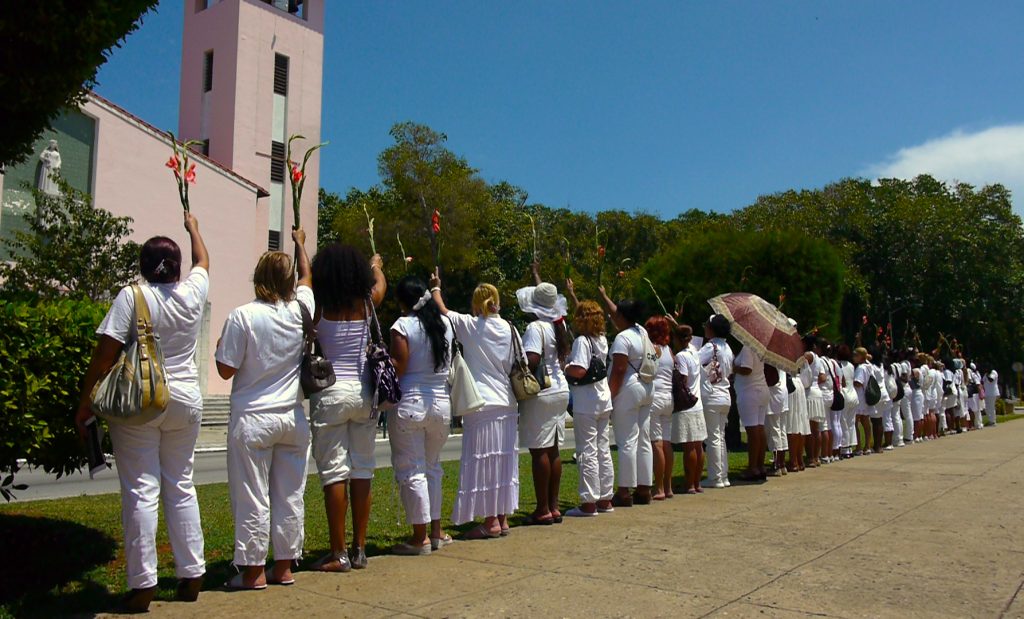 This spring, the Swedish Parliament will vote to ratify the Political Dialogue and Cooperation Agreement (PDCA) that was signed by EU and Cuba at the end of 2016. The intention of the European Union with the agreement has been to strengthen relations with Cuba, support the reform process in the country, and conduct a human rights dialogue. 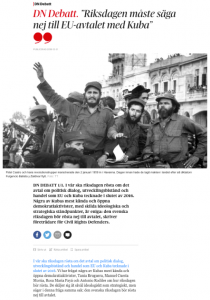 Civil Rights Defenders have talked to four of Cuba’s most renowned democracy activists; Tania Bruguera, Manuel Cuesta Morúa, Rosa Maria Payá, and Antonio Rodiles. They come from different ideological backgrounds and apply different strategies in their work but have independently come to the same conclusion: the Swedish Parliament should vote ‘No’ to the agreement. (This information was published in Sweden’s most important daily newspaper on the 60th anniversary of Fidel Castros takeover of power on January 1st 1959.)

The Cuban government has shown no interest in reforming the political system in a democratic direction and the repression against human rights defenders has seriously deteriorated since the negotiations ended in March 2016.

Entire organisations like Cubalex and Hablemos Press have been forced into exile, demonstrations in support of the liberation of political prisoners by Damas de Blanco (Ladies in White) and other organisations after mass on Sundays, have been completely suppressed. Every weekend, policemen wait outside their homes to arrest those trying to go to church.

For several years, the organisation UNPACU in Santiago on Eastern Cuba was able to gather hundreds of people for protests on Sundays. But when Civil Rights Defenders visited them a year ago, they stated that they could not even leave their homes without being persecuted and threatened.

In July 2017, three members of UNPACU stood outside the Cathedral in Santiago with slogans demanding freedom painted onto bedsheets. They were later sentenced to two and a half years in prison for “dangerousness”, which means they were sentenced preventatively before committing any crime.

Due to the increased police presence outside the houses of human rights defenders, the Cuban Commission on Human Rights and National Reconciliation, CCDHRN, has recorded significantly fewer arbitrary arrests on political grounds in recent years. The statistics show a dramatic decrease in the number of monthly arrests from 1,400 arrests recorded at the beginning of 2016 to 200-300 arrests per month during 2018. These numbers appears to be indicative of positive social change, but is instead symptomatic of a repression tactic being used by police to prevent protests from ever emerging in the first place.

Activists no longer dare to leave their homes because they know that they will be immediately arrested. At the same time, the number of political prisoners registered by the CCDHRN has almost doubled in the past three years.

The intention of the European Union with the agreement has been to strengthen relations with Cuba, support the reform process in the country, and conduct a human rights dialogue. The new leadership in Cuba has however not shown any willingness to change. Nor have other government or international actor achieved positive results in their dialogues with the Cuban government.

In mid-October, Cuban UN ambassador Anayansi Rodríguez Camejo and another ten Cuban and Bolivian diplomats attended a seminar on political prisoners in Cuba, held at UN Head Quarters in New York. During the seminar they screamed and hit the benches for over an hour to destroy the meeting. The panelists continued with their presentations, but it was impossible for the audience to hear what they said and just as hard to ask questions.

When Manuel Cuesta Morúa and Rosa Maria Payá have held seminars at the Inter-American Summits in recent years, which bring together government delegations from the countries of the region, the Cuban government’s representatives have employed similar disruption tactics. The Cuban government does not accept criticism, nor the existence of any legitimate opposition.

It is remarkable, that during the negotiation process before the agreement was signed and thereafter, EU has not held a single open and formal meeting with Cuban human rights defenders on how they view the agreement and the EU relations with the Cuban government.

For all of the foregoing reasons, Civil Rights Defenders supports the demands of the Cuban democracy activists above: the EU Cuba agreement should not be ratified. Ratifying the agreement will be interpreted as an approval of the Cuban government’s repression of civil and political rights. Civil Rights Defenders calls on the Swedish Parliament to send the message to Havana that there will be no agreement until the Cuban government has taken clear steps towards respecting both democracy and universal human rights.

Op-ed in Dagens Nyheter, published January 1st2019: “The Swedish Parliament should vote No to the EU-Cuba agreement.”