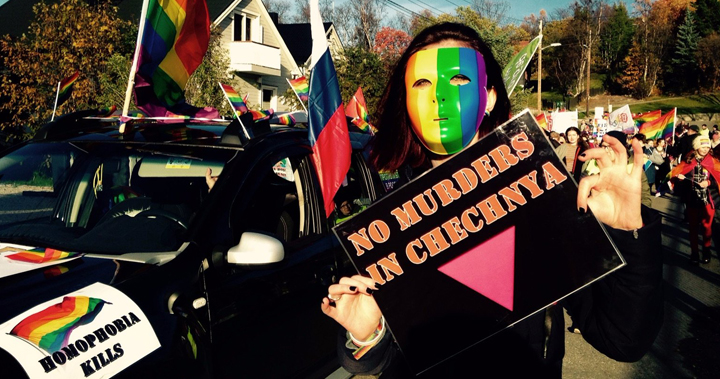 To organise a similar pride parade across the border in Russia would lead not only to arrests and persecution, but likely also threats and violent attacks. Photo: Civil Rights Defenders.

“Love has no borders” was this year’s slogan at the Barents Pride – a pride festival celebrated in Kirkenes, Norway. Situated in the northern area of the country, the town borders to Russia. The slogan this year could not have been more suitable as the event gathers a large number of Russian LGBT activists, who are otherwise deprived of the opportunity to celebrate their love in public. 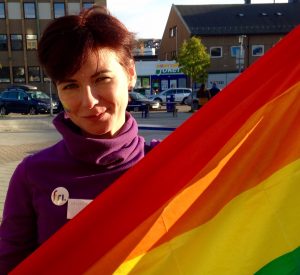 Valentina Likhoshva works at the LGBT initiative group “Maximum”, based in Murmansk, Russia.

The Barents Pride was held between 27-29 September and, now in its second year, gathered around 300 participants. One of the organisers of this successful event is Valentina Likhoshva. She works at the Russian LGBT initiative group “Maximum” – a long term partner to Civil Rights Defenders.

“My idea was to give the opportunity to people from the Barents region to come and get an understanding of what Pride is, because many of us have not had this experience before. I think that it is important for all participants, as well as for people who live in the north of Norway. Because when we start to get closer to each other, we see that people are the same, and that they do not care about borders,” said Valentina Likhoshva.

Other participants that Civil Rights Defenders talked to stressed that the event gives them strength and courage to bring about change back in Russia.

In Russia, Valentina and her colleagues face another reality, where homophobia is widespread, and discrimination towards LGBT people occur on an everyday basis. Since Vladimir Putin returned to office in 2012, the situation has steadily grown worse as a new set of repressive laws has been introduced. Several of the laws are directly targeting the country’s LGBT community. A clear example is the so called “gay propaganda law”, which forbids sharing information about “non-traditional sexual relations” to minors. This is an issue not least since it hinders the LGBT community to organise events in public, as they might be interpreted as propaganda.

“The situation has changed dramatically. Before 2012, the situation was different, and people has a totally different perception of LGBT issues. Now, we are not talking so much about coming out, because people are afraid to do so. We are not talking about gay marriage to the same extent, because we know that it is not realistic. That is why I think this law exists, to increase the stigma. I do not think that you can find any LGBT person who is not affected by this law,” said Valentina Likhoshva.

One of the aims of the Barents Pride is to provide a safe space for Russian LGBT activists where they can participate without the fear of reprisals. To organise something similar across the border, in the Finnmark area, would lead not only to arrests and persecution, but likely also threats and violent attacks. 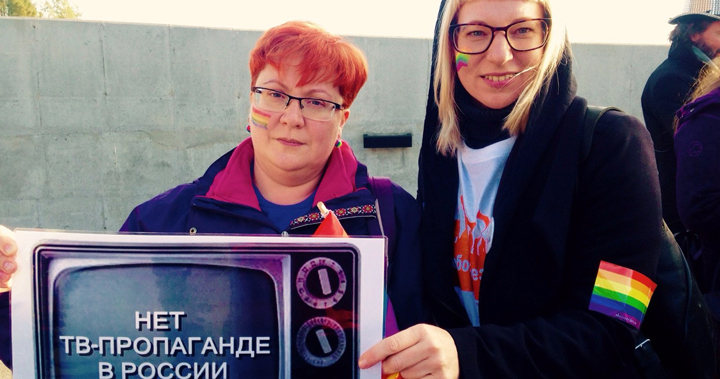 Valentina Likhoshva hopes that the possibilities for organising a similar event to Barents Pride in Russia will open in the future, but she does not see it happening in near time.

Although not there yet, Valentina Likhoshva has chosen to stay focused on the positive, such as that they are able to organise the Barents Pride.

“One of the most important things for me, is to meet other people with different experiences, and to recognise that the situation in Norway, for example, has not been like this all the time. That maybe 30 years ago the situation was like in Russia. And to know that this has changed gives us hope for a better future also at home,” said Valentina Likhoshva.

“I think that the Barents Pride can show that, when it comes down to it, we are all people.”

The Barents Pride is organised by FRI – the Norwegian Organisation for Sexual and Gender Diversity, the Norwegian Helsinki Committee, Queer World, Amnesty International Norway, and the LGBT initiative group “Maximum.

The Russian State Duma will consider proposed amendments to the 2012 Foreign Agents law on 15 December 2020. These amendments pose serious consequences to an already embattled civil society. The top t...

“We Will Shoot You and You Will Never be Found”: Survivor Stories from Belarus

In Belarus, the protest movement is still going strong. Every Sunday since the presidential election in August, tens of thousands of Belarusians have been taking to the streets to protest against Luka...

Recently, 12 leading human rights groups in Russia submitted a consolidated report on the situation for civil and political rights in the country to the UN Human Rights Committee. The report shows tha...