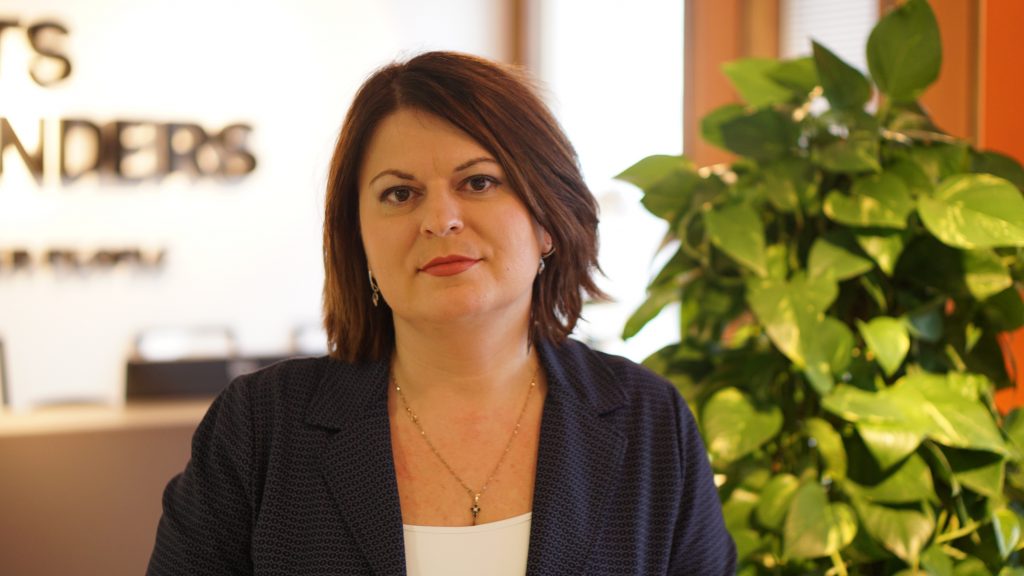 Natalia Radzina is the chief editor of the independent website Charter 97.

Today, we celebrate the fundamental principles of press freedom. Yet, all around the world, these freedoms are undermined, ignored and rejected. Journalists are targeted, harassed, jailed, and even murdered. As late as two weeks ago, new draconian draft amendments were introduced to the media law in Belarus, leaving journalists in an increasingly precarious situation.

Civil Rights Defenders has met with Natalia Radzina – a Belarusian journalist who has seen first-hand what repressive media legislation can result in. Natalia is the chief editor of Charter 97 – one of the oldest and largest independent websites in Belarus. On 24 January this year, the website was blocked by the Belarusian government.

“Lukashenko has always been fighting independent journalists, and for years he has been demolishing freedom of speech in Belarus. He is now trying to shut down freedom of speech on the internet,” says Natalia.

There is almost no remaining independent media in the country, and the authorities constantly undermine press freedoms and the right to freedom of expression. In the World Press Freedom Index 2018, Belarus was listed as 155 out of 180 countries.

“Lukashenko understood the significance of the Internet and decided to silence Internet journalism. And he started with us, the most popular website. In 2010, four criminal cases had been initiated against us, we suffered through multiple police searches and assaults on the editor office, when they confiscated all the equipment. During one of the police searches, I was beaten by the police officers in civilian clothes,” says Natalia.

“Even in 2017, at the time of the massive protests against the “parasite tax”, the West failed to react. It seemed that their perception was that Lukashenko had changed, and the lack of response was possibly also a way of justifying the lifted sanctions. More than 100 journalists have been subjected to repressions, freelancers have been detained and fined during the last year, but still no reaction. Nor is there a reaction when criminal cases are opened against bloggers, and the same goes for political prisoners,” says Natalia.

One year after the sanctions were lifted, Civil Rights Defenders released a report based on numerous interviews and surveys carried out with Belarusian human rights defenders. The data established that no fundamental progress had been made when it came to civil and political rights in Belarus.

“There should be a severe reaction, there should be protest statements against what is happening in Belarus. But first we need concrete actions – sanctions. They help, and political prisoners were released precisely because sanctions were implemented. As soon as the sanctions are suspended, the repressions become worse again,” says Natalia.

Despite the crackdown on media freedoms over the last decade, online media has been one of few avenues for free speech in Belarus. In recent years, however, also this space has shrunk. New repressive provisions to the media law have been drafted, and independent media such as the Charter 97 website have been blocked by the authorities.

“Journalists live in a very difficult situation, under constant pressure from the authorities. One example is the journalists who contribute to foreign media, including Belarusian media working from abroad. They are all forced to work as freelancers as it is almost impossible to get accreditation from the Ministry of Foreign Affairs. As a result, people who have been denied accreditation and work as freelancers are persecuted and detained at demonstrations,” says Natalia.

With the newly drafted amendments to the media law on the table, journalists in Belarus risk being hit with new repressive legislation designed to further curtail freedom of expression and silence critical voices, in particular online.

“The amendments that the authorities are preparing will introduce even broader control over the Internet and online social media in particular,” says Natalia. “In the end, journalists are psychologically exhausted, and forced to pay heavy fines, just for doing their job”.