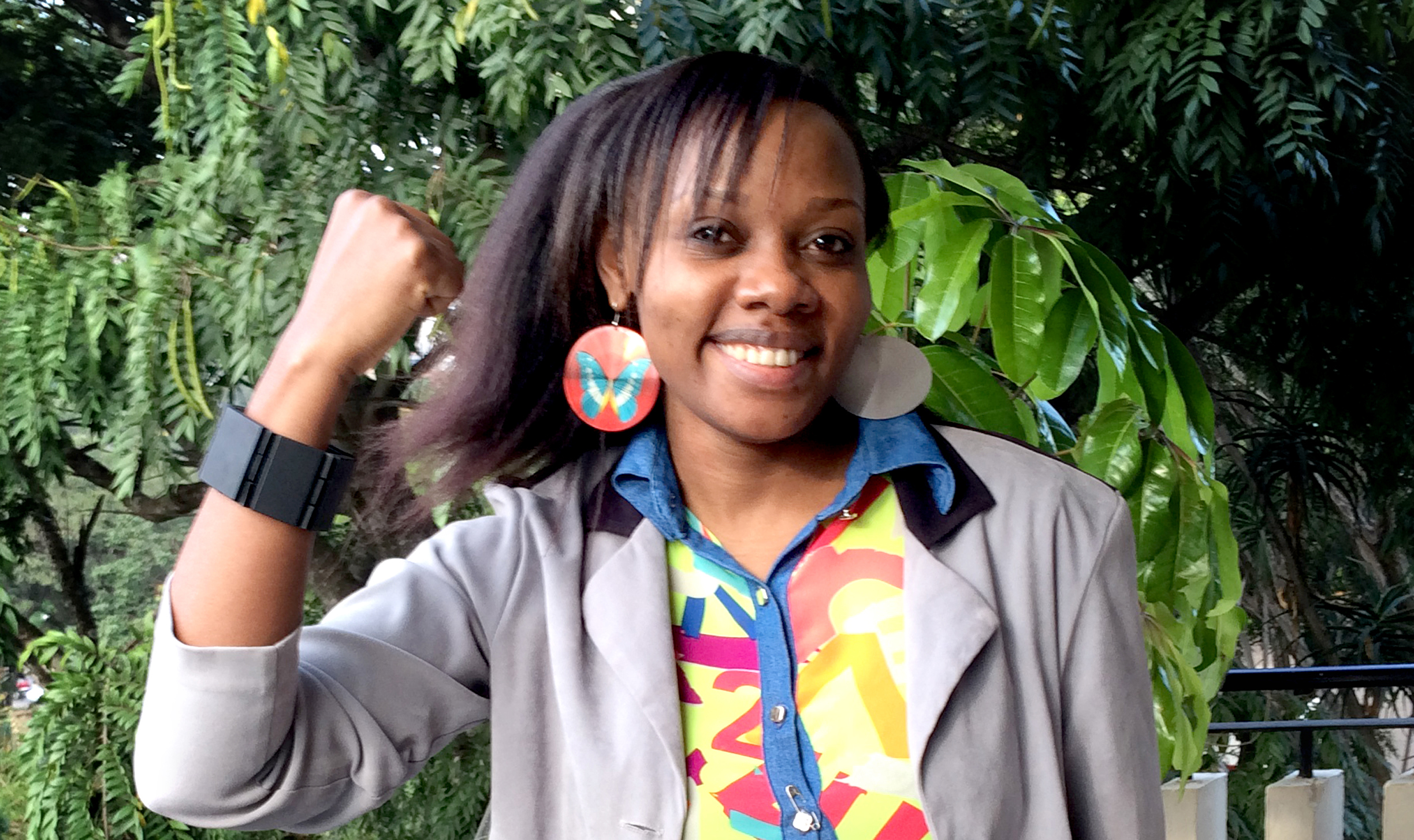 Phyllis Omido from Kenya is a Natalia Project participant.

Phyllis Omido is based in Mombasa and has founded the organisation The Center for Justice Governance and Environmental Action (CJGEA). The organisation engages in promoting justice for victims of environmental disasters in the industrial areas along the coast of Kenya. At the core of CJGEA’s work is to disseminate information to the local population about their fundamental human rights, as well as to provide legal support when their rights have been violated.

To promote and protect human rights in Kenya can be dangerous. In 2012, Phyllis and her son were attacked by armed men outside their house, an attack which they miraculously escaped. Later the same year, she was arbitrarily arrested together with 16 of her colleagues because of their lobbying against environmental destruction in several of Kenya’s coastal areas. It was clear that Phyllis’ safety as a human rights defender could no longer be guaranteed.

Phyllis was later charged and sentenced by a court on false accusations of instigation to violence and for having arranged “illegal” meetings. After having fought to clear her name for several years, she was subsequently freed of all charges. Despite the precarious environment in which she works, she continues to lobby and advocate change in how the Government manages material that are destructive for the environment.

In 2014, Phyllis was one of the first Kenyan human rights defenders to be included in Natalia Project. She attended security trainings organised by Civil Rights Defenders and was equipped with an assault alarm which is designed to protect her in the case of an attack. If the alarm is triggered, Civil Rights Defenders and Phyllis’ closest colleagues immediately receive a distress signal through GSM, including the exact GPS position of the place of the attack. Within seconds, we can establish where and when the attack took place, and quickly put pressure on the regime to act.

According to Phyllis, it is not an easy task to fight for human rights in Kenya. She tells us that many of the human rights defenders who stand in the very frontline fear for their lives. She also tells us that an initiative such as Natalia Project contributes to a greater feeling of safety.

“No tangible change can be achieved when you constantly live in fear at the frontline. The Natalia Project has freed me from fear, so I can amplify the voice of my people knowing that someone is watching over me,” said Phyllis.

The alarm and positioning system is powered by social media and built on support from people all around the world. When you help us share information about Natalia Project, you create awareness that can save lives. Together we tell the world what has happened when a human rights defender is attacked. Join the network – follow us on Facebook and Twitter.