Earlier today, on 14 March, human rights defender and Natalia Project participant Joel Ogada was arrested by Kenyan Police. Joel Ogada is a renowned environmental human rights activist who tirelessly stands up for the rights of his community to land. 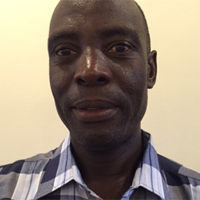 ”Joel Ogada´s re-arrest today is a disconcerting sign of further deterioration of the human rights situation in Kenya. We call upon the government of Kenya and local authorities to investigate the circumstances of Mr Ogada’s arrest, and heed the legitimate concerns of citizens and human rights defenders such as Joel Ogada,” said Mesfin Negash, Program Director East and Horn of Africa Department at Civil Rights Defenders.

Civil Rights Defenders calls for transparent and just court procedures at the planned court proceedings in connection with the arrest of Joel Ogada tomorrow morning, on 15 March, 2016.