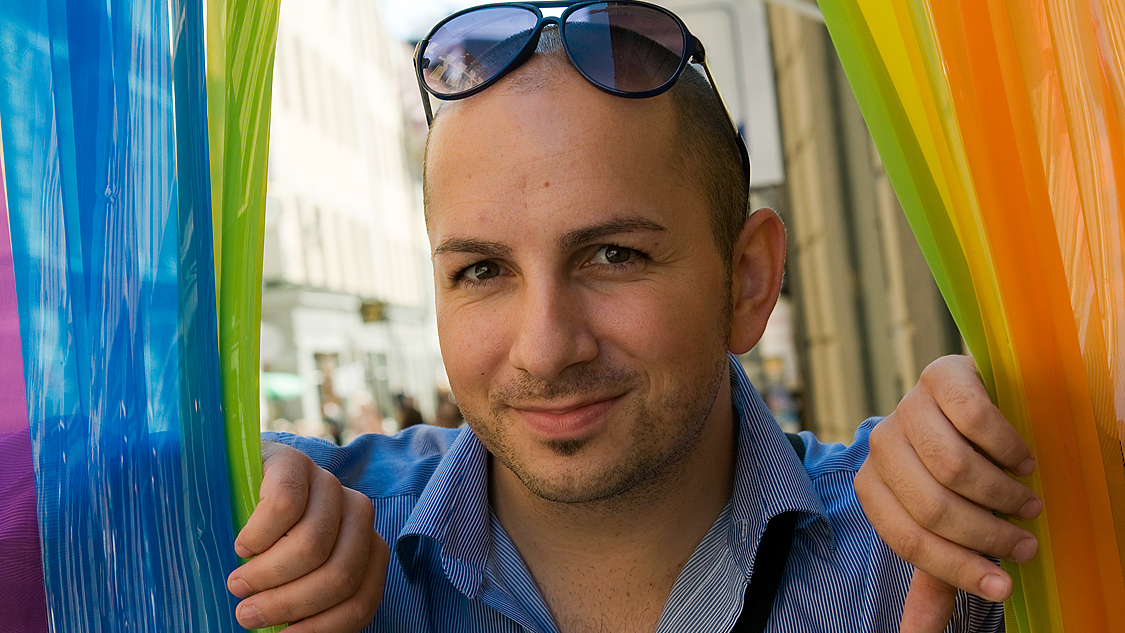 Two years ago, an unfamiliar man attacked Zdravko Cimbaljevic. The hate crime led Zdravko to openly speak about his homosexuality in the press, thereby becoming Montenegro’s first open homosexual. Since then, he is subject to constant threats. It is a difficult task to change the attitude towards LGBT people in a country where about 70 per cent of the population believes that homosexuality is a disease.

“I don’t ask everybody to love us, just not to attack me or violate my rights.”

Accompanied by police officers in plain clothes and the crew from the Serbian TV-show “Explosive” Zdravko Cimbaljevic took a walk in his old hometown Nikšić in Montenegro on the 3 of July 2012. It was planned to be a rather short walk but people started shouting derogatory words at them after only 100 meters. ”Get out of here!” they yelled at Zdravko and the police officers were called ”pathetic” because they protect gays. Two elderly citizens even approached him. Though risking their own safety, they wanted to shake his hands.

The group kept on going for about half an hour before they realized that they could not continue. Afterwards Zdravko was very pleased with the police:

“I was a bit nervous that people would beat me up. I informed the police about the event beforehand and they said they would give me protection and they were very professional. We even have a contact point for LGBT people at the police.”

It was the TV-editors who had wanted to do the interview with Zdravko, Montenegro’s first openly homosexual man, in his birth town, where homophobia is slightly more spread than in the rest of the country.

“I felt so disappointed. I was happy to be back in my hometown after two years but I felt really sad after this. I have lived in Nikšić for 20 years and I know there are tolerant people there but the city is generally more conservative than Podgorica.”

Until 2010, when Zdravko came out, LGBT people were almost invisible in Montenegro. He shocked the whole nation when he chose to talk about his sexuality in the media. Now he is challenging people’s resistance and tries to increase the awareness about gay rights.

“Being the only public gay person in Montenegro I really hope I am a role model. I feel that I have a responsibility to give people correct information about what it’s like being gay, because otherwise people might turn against us.”

Zdravko feels safe in his new hometown Podgorica but it is hard to keep the spirit up when his life is framed by threats and harassment.

“I am threatened on a daily basis. People shout at me and throw things at me in the streets. I get threats on my email and Facebook account. Of course it is disappointing to live like this but somehow I have got used to it.” 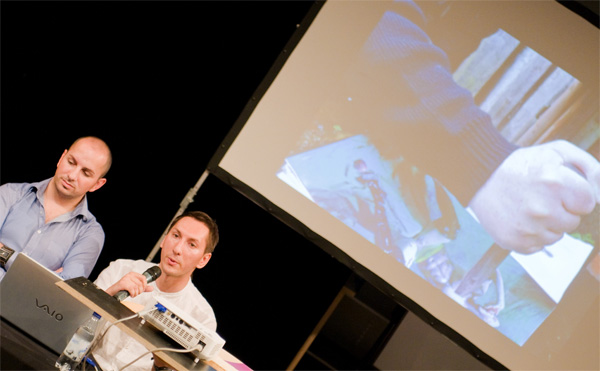 Zdravko Cimbaljevic was one of the ten LGBT-activists that Civil Rights Defenders invited to participate in Stockholm Pride 2011. This photo was taken during a seminar about the situation for LGBT people in Eastern Europe, Southeast and Central Asia. Photo: Ninke Liebert

In December last year, the organisation opened a shelter in Montenegro, which is becoming more popular and well known.

“I think more and more people dare to come out, at least before their friends and family when they know they have somewhere to go if they are kicked out.”

It is a hard task to work for LGBT people’s rights in a homophobic country where 70 percent of the population believe that homosexuality is a disease. But Zdravko means that it is easier to raise the issue of gay rights after the independence from Serbia in 2006.

Zdravko never planned to become a human rights activist. But in 2010 he was subjected to a hate crime when he was out walking his dog in the neighbourhood. An unknown person jumped out of a car, physically attacked Zdravko and threatened to kill him. Zdravko reported it to the police and instantly realized that this also meant that he had to come out as homosexual. It was a tough decision. Fearing that his family would shut him out he had not even told them. In order to save himself and his partner, however, he felt compelled to report the crime and thereby coming out of the closet publicly.

“I felt that I had to report to the police otherwise it would happen again. There and then I became a LGBT activist. This was not something I had dreamed of as a little boy, it just happened over day.”

Listen to Zdravko sharing his story about coming out (video)

During the last two years Zdravko has observed that people have become more aware of LGBT issues and gay people in general in Montenegro. That people nowadays mentions the word homosexual is a step forward, he says.

He looks positively at the future and hopes that more LGBT people will dare to come out publicly. Which is needed in order to break the taboo.

“I really believe that things will improve but I know I cannot fight alone. I hope that others will join me.”

Human rights at risk in Montenegro

In 2010 Montenegro received status as a EU candidate country and has since ratified a number of UN conventions such as Convention on Civil and Political Rights and the Convention on the Elimination of All Forms of Discrimination against Women, CEDAW.

The national anti-discrimination legislation, which came into force in July 2010, specifically prohibits discrimination based on sexual orientation. This law, however, is still not implemented and the country’s LGBT people continue to live in silence. A silence that only Zdravko Cimbaljevic has broken.

So despite that discrimination is prohibited, according to the Montenegrin Constitution, LGBT people are discriminated throughout society, often by the authorities. The country is characterized by widespread homophobia and the authorities have for a long time refused to even recognize LGBT existence. In a TV-interview after a conference that Civil Rights Defenders held in October 2010 the (at that time, he was later replaced by the Government after too many homofobic statements and pressure from EU institutions) Minister for Human- and Minority Rights, Ferhat Dinosha, stated that it was “not good news” there were homosexuals in Montenegro.

At the moment Zdravko Cimbaljevic describes the political climate for LGBT rights as “a bit surprising”. The Montenegrin Government has suddenly started to take an interest in human rights for LGBT people. Zdravko Cimbaljevic thinks that the Government has realised that the path to an EU membership will very slow and hard if LGBT people’s rights are not respected. But so far, LGBT Forum Progress, has no political allies. The Ombudsman Office is however really supportive.

Next year state authorities will be put to the test as planning for the first Pride parade in 2013 have begun. In 2011 the parade was cancelled after two attacks which occurred in connection to a concert to celebrate World Day Against Homophobia.