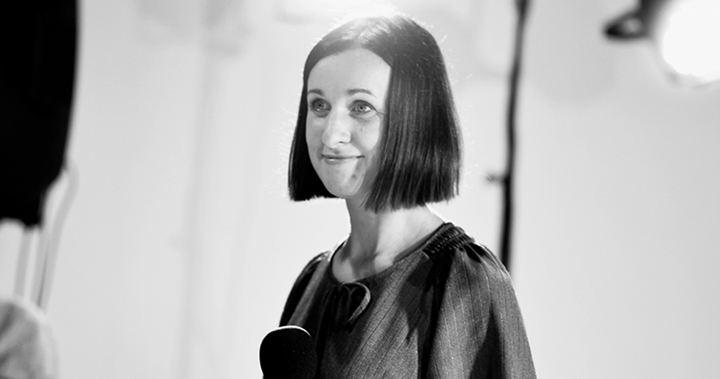 Anya Anisimova is one of the Queerfest organisers.

Today marks the beginning of Queerfest 2019 – a ten-day celebration of LGBTI+ activism in St. Petersburg, Russia. Since Queerfest opened its doors for the first time eleven years ago, the Russian state has introduced several laws that limit LGBTI+ activism in the country. But despite the many challenges they face, the organisers come back every year to create continuity for the LBGTI+ community in the country.

Queerfest is a cultural festival, which raises issues of human rights, identities, gender, and sexuality. The festival – which has been supported by Civil Rights Defenders since the start in 2009 – now gathers more than a thousand guests, both from Russia and abroad.

One of the organisers of Queerfest is Anya Anisimova. Below, Anya shares her view on LGBTI+ activism in Russia, and how Queerfest contributes to a positive change in a hostile and homophobic society.

Russian society is not very LGBT friendly. A recent Levada Center poll showed that about 56 percent of Russians view LGBT people negatively. 89 percent don’t know any LGBT people, and  46 percent believe that sexual orientation can change under external influence. This explains why people believe the government when it says that a  “propaganda of homosexuality” law is needed to protect children.

LGBT people exist in a homophobic and transphobic environment and hide who they are in their social environments. They don’t trust their employers, co–workers, doctors, landlords, service providers, or even family members. They definitely don’t trust the law enforcement of any government institution. This is for good reasons: the best reaction they can hope for when revealing their orientation or identity is “I’m ok with it if you don’t talk about it”, and the worst is abuse, discrimination, and violence.

Establishing a dialogue with non-LGBT People

LGBT activism in general, and our work in particular, is about trying to give LGBT people back their pride and dignity. It’s also about empowering them with the understanding that they have a right to be themselves, that they don’t have to hide or lie. We also do our part in trying to change society, little by little, so that in their life, LGBT people can hope to meet more friendly allies. Queerfest attempts to do both. We are creating a space where LGBT people can be themselves, express themselves freely, discuss topics that affect their lives, and meet with allies and other people like them.

It’s important that the festival takes place at venues that are not LGBT specific, that are open to the public, and hopefully in good accessible locations in the city. We want people to feel that they are part of the city and that they don’t have to hide. It’s also important in achieving our other aim, which is to establish a dialogue with non-LGBT people and become a part of St. Petersburg’s cultural and social landscape.

I also think that a valuable contribution of Queerfest to the community is that we are constant and come back each year. We do this despite all the efforts of homophobic or transphobic activists, or the city administration, to foil the event. These are many: fake bomb threats have been the most common recently. The community builds around the festival, and there is a feeling that we have gained a space, in our city, that is ours.