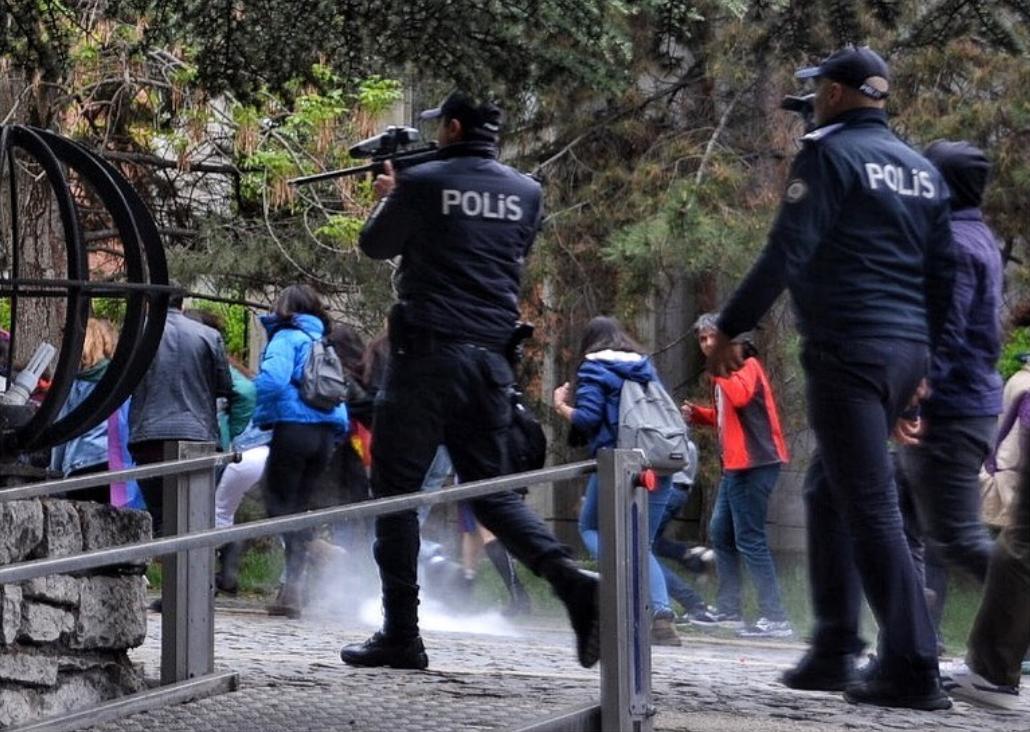 19 individuals charged for joining in Pride

The event, which took place inside the campus of the Middle East Technical University (METU) in capital city Ankara on 10 May 2019, saw the detention of 21 students and one academic. 19 individuals from the detained group now charged for “attending unlawful assemblies and marches” and “not dispersing despite warning”, under the Law No: 2911 (Law on Assemblies and Demonstrations). The first hearing will be held on 12 November 2019.

Özgür Gür, a partner of the Civil Rights Defenders, and one of the individuals who faces trial told Civil Rights Defenders that: “Our right to freedom of peaceful assembly, a fundamental human right under domestic as well as international law, was violated during the 9th METU Pride parade. This prevention also violates the autonomy of the universities. They are trying to criminalize our identity. With solidarity, we will overcome these false accusations”. Gür, a prominent LGBTI+ rights activist and ex-president of the Student Representatives Council of METU, underlined that the Pride Parade which was held peacefully in previous years was attacked by police on the demand of the Rectorate.

METU Rector Verşan Kök had communicated an email to all students and staff of the university a few days before the planned Pride parade that they will not allow the event to take place. The Rector also warned the METU community that his Office will invite security forces to intervene if the Pride event takes place. However, despite these warnings, the LGBTI+ community and rights defenders of METU marched on 10 May 2019.

Once the parade had commenced, the police, invited by the Rectorate, used pepper spray, plastic bullets and tear gas to disperse participants. During the police intervention, twenty-one students and one professor were taken into police custody. They were all released later at night. However, shortly after, the university opened administrative investigations against the students who participated at the METU LGBTI+ Pride march.

The pressure on METU’s LGBTI+ community continued even after the parade in various forms. Ten students who were detained on the day of the parade day later were informed that they have been stripped of scholarships and education loans provided by the Credits and Dormitories Institution (KYK), upon a notice by the Ankara Provincial Security Directorate. KYK also asked the students to “pay their debts to the institutions”. Furthermore, LGBTI+ individuals and rights defenders were subject to threats, insults and harassment as well as smear campaigns by pro-government media.

Civil Rights Defenders calls on Turkish authorities to stop all forms of harassment targeting LGBTI+ community and dismiss all charges against the 19 individuals who exercised their right to peaceful assembly. An investigation must be launched against the disproportioned police action to disperse the Pride parade. The Rectorate’s duty is to secure an environment within the campus where all individuals can enjoy their rights, including right to freedom of assembly and right to freedom of expression which are protected by national and international law.

Civil Rights Defenders calls upon Serbia’s authorities to not obstruct Dealing with the Past efforts and respect the right to freedom of assembly, following the banning of a planned action by human ri...