Fighting for Transgender Rights in Russia 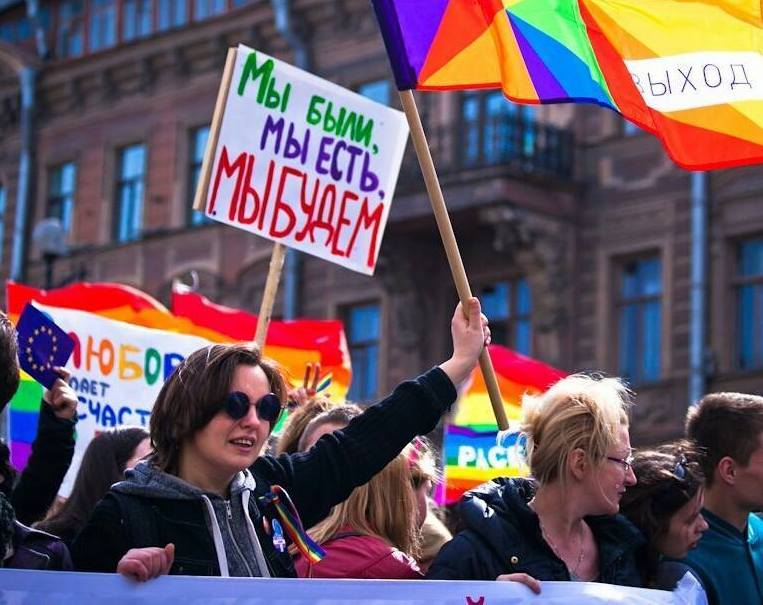 Russian sign, saying: “We were, we are, we will be!” Jonny featured to the left.

Today, 17 May, is the international day against homophobia, transphobia and biphobia. A day celebrated worldwide as a commemoration of LGBT rights. However, hatred and prejudices against the LGBT community is still rampant in many parts of the world.

29-year-old Jonny Dzhibladze is a non-binary transgender person and activist in Russia. Jonny has, since 2015, worked with the “Coming Out” Initiative Group in Saint Petersburg as a discrimination researcher and coordinator of the transgender community support program.

As part of their human rights work, Jonny has met a lot of LGBT people facing injustices and ill treatment.

“I know a transgender woman who does not leave her home for weeks. Because often, when she gets out of her home, to go to a store or to her friend’s place across the street, she gets either threatened, beaten up, called at or even assaulted.”

For LGBT people in Russia, discrimination is an everyday reality. A vast majority do not have any support from their families or relatives. Some of them even face persecution, harassment and hatred from their own family members. There is also a strong stigma around transgender issues as these are, especially among licensed professionals, perceived as a sexual disorder and viewed in the framework of sexology through a medicalized, pathologizing approach.

“The psychiatrists in Russia are mostly operating in the discourses of the 1950’s. Only recently, thanks to activist efforts, are the medical professionals in Russia getting acquainted with modern approaches to being transgender. As a reaction to this stigma, the community is isolated.”

Being transgender affects all aspects of one’s life. Simple, everyday things such as grocery shopping can be a hassle, and even paying your bills can present difficulties. Many transgender persons whose appearance and identity do not match their documents, are also exposed to discrimination in their everyday life. They cannot find a job, travel, use a bank and they often cannot do anything that requires a passport.

A need for change

According to studies, many people in the Russian transgender community develop issues that adds to the marginalisation, such as substance abuse and mental health issues.

“Any person gendered as a man who voluntarily gives up his masculinity is seen as the lowest caste, and this is why LGBT activism chocks people, because: how can you be proud of being a downcast?”

For attitudes to change, Jonny believes that people must attain greater knowledge about different sexual orientations and expressions. Something that requires great effort and involves people from different parts of society.

“We need to educate specific groups, first all those who can become allies, and spread information of our existence, our needs and our rights. We can talk to our neighbours, our colleagues, come together and teach each other and share experience through local self-advocacy.”

Even though living under tough circumstances, Jonny tries to remain optimistic.

“It is amazing to see how different people, who share the same characteristics, can get together and support each other, teach each other and help each other to become a social movement. Something that can bring change, for others like us, for the next generation and for the world as a whole.”

On 23 March, the draft law – which could impose restrictions on the constitutionally guaranteed right to peaceful assembly – was passed in the parliament and sent to the Senate. A number of human righ...