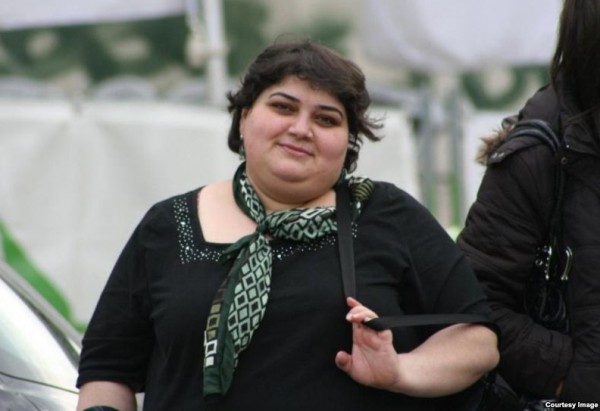 The Azerbaijani investigative journalist Khadija Ismayilova is one of this year’s recipients of the Right Livelihood Award, an award that is widely referred to as the “alternative Nobel Prize”. Khadija, who was nominated by Civil Rights Defenders, receives the prestigious award “for her courage and tenacity in exposing corruption at the highest levels of government through outstanding investigative journalism in the name of transparency and accountability”.

“Khadija Ismayilova is Azerbaijan’s most outstanding contemporary investigative journalist. In the past decade, her investigative reporting has revealed a wide range of corrupt and lucrative business deals involving President Aliyev’s family members. She has provided irrefutable evidence of corruption at the highest levels of Azerbaijan’s government, which also involved multinational companies like TeliaSonera”, writes the Right Livelihood Award Foundation on their website.

“Significantly, her articles have uncovered how the wealth of the nation has been plundered, routed abroad and used to influence European politicians. For publishing articles on government corruption, Ismayilova has been subjected to smear campaigns, harassment and fabricated criminal charges. Despite serving one and a half years in prison, Ismayilova has refused to be silenced, and continues to write. Ismayilova also addresses Azerbaijan’s poor human rights record, consistently raising the issue of political prisoners in the country and provided their families with moral and material support. As the government continues to intimidate and jail journalists with an alarming frequency, Ismayilova remains resolute in courageously writing and speaking out for greater government accountability and good governance in Azerbaijan.”

The three other laureates are the Ethiopian lawyer Yetnebersh Nigussie, human rights lawyer Colin Gonsalves from India, and Robert Bilott who is an environmental lawyer from the USA.

“This year’s Laureates protect the rights and lives of citizens across three continents. With their courageous work for human rights, public health and good governance, they tackle some of the world’s most pressing challenges at their very core. At a time of alarming setbacks for democracy, their successes show us the way forward towards a just, peaceful and sustainable world for all.”

Civil Rights Defenders extends its congratulations to Khadija Ismayilova and the other awardees.