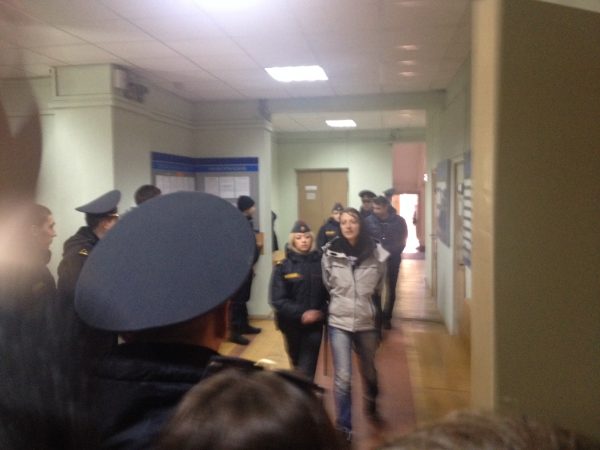 One year ago, the EU lifted sanctions against Belarus in response to what was perceived as human rights improvements instigated by the regime. Almost one year later the Belarusian authorities have resorted to harassment and mass arrests in order to suppress and silence independent voices in the country. How will the EU now step up to protect human rights in Belarus?

Weeks before the mass arrests, Civil Rights Defenders released a comprehensive report in February 2017 entitled “Dictatorship No More? EU Sanctions Lifted at the Expense of Civil and Political Rights in Belarus“. The latest widespread crackdowns by Belarusian authorities now bear witness to the central tenets of the report demonstrating that repression against civil society in the country continues unabated. The report also sums up the reality of the situation that led up to the removal of the EU imposed sanctions.

Since protests began in early March Independent journalists and opposition activists have been arrested and detained throughout Belarus as mass nationwide demonstrations have taken place against an unpopular “unemployment fee”, that levies taxes on several categories of unemployed persons. The sustained efforts by the Belarusian regime to silence critical voices should provide enough proof that nothing has really changed since the EU lifted the majority of sanctions in February 2016 in a country that has been often dubbed “Europe´s last dictatorship”.

Following the protests on 25 and 26 of March over 800 people were arrested and detained across Belarus in the space of two days, including 103 journalists.

“Who owns the information, owns the world. The authorities deem journalists to be the incendiaries of protests because it is the media where the public’s reaction to the worsening situation is extensively discussed. independent media is actively covering the protest actions which is interpreted by the authorities as advertising and the popularisation of such protests,” said Barys Haretski, Press Officer, BAJ.

The situation has in fact deteriorated as little or no progress has been made when it comes to the introduction of; democratic elections, respect for freedom of the press, the termination of the prosecution of political opponents, civil society activists and human rights defenders and the abolition of the death penalty to name but a few.

The EU must now fully realise that Belarus is a country that brutalises its population for carrying out peaceful protests and completely fails to live up to both domestic and international rule of law as the Belarusian dictatorship continues to punish dissenting voices in the country.

March 25, marked Freedom Day, as a new wave of protests took place throughout Belarus which once again saw hundreds of journalists, dissidents and civil society activists arrested, fined and detained.

On 27 August 2021, the Belarusian Supreme Court moved to liquidate the Belarusian Association of Journalists (BAJ), one of the country’s few remaining civil society organisations t...

Since 14 July 2021, authorities have conducted around 30 coordinated raids at the homes and offices of several prominent human rights defenders in Belarus. 12 activists from Viasna Human Rights Centre...

In March 2021, Civil Rights Defenders and other human rights organisations urged the UN to create a new mandate that would assist the process of accountability for human rights violations committed in...