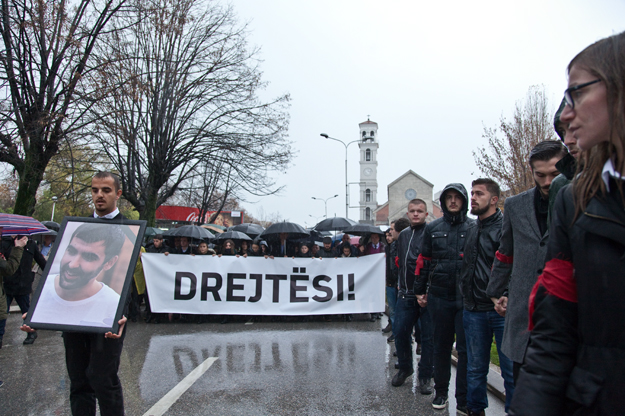 Suspicious Death of Astrit Dehari in Detention Must be Investigated – Photo courtesy of Majlinda Hoxha (Kosovo 2.0)

Civil Rights Defenders expresses deep concerns and calls for an immediate and independent investigation into the circumstances surrounding the death of Astrit Dehari at the Prizren Detention Centre in Kosovo.

On 5 November 2016, the 26 year old Vetvendosje activist and student died while in custody at the detention centre. Astrit Dehari had been held without charge since August 2016 on suspicion of terrorism.

“It is the duty of state institutions to protect the lives of persons that are deprived of their liberty. The death of Astrit Dehari at Prizren detention centre is disturbing and requires and independent and transparent investigation into the circumstances of his death”,said Sarah Maliqi, Programme Officer at Civil Rights Defenders* Pristina Office.

State institutions have time and time again released contradictory statements surrounding the cause of his death. The Kosovo Police Director of the Prizren region confirmed that he had died on his way to hospital after falling into coma induced by an overdose.

“The contradictory statements issued by the Police and correctional services following the announcement of his death have created an atmosphere of mistrust, frustration and fear. Civil Rights Defenders will closely monitor the situation and continue to voice our concerns,” added Sarah Maliqi. 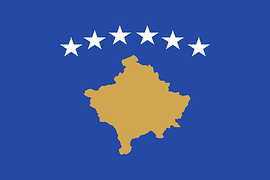 Astrit Dehari had been held without charge since August 2016 on suspicion of terrorism.

Following the autopsy, the Prizren Chief Prosecutor office described his death as suspicious and confirmed that the death was caused by asphyxiation and not by overdose as had previously been claimed. His family have also arranged a subsequent autopsy.

Civil Rights Defenders urges the authorities to honour their obligations when it comes to protecting persons deprived of their liberty and to take all essential measures to prevent prisoners from being tortured or subjected to cruel, inhumane or degrading treatment or punishment.

On Thursday, 29 March 2018, six Turkish citizens were arbitrary arrested by the Kosovo Police and Intelligence Agency, and deported to Turkey. Civil Rights Defenders calls on the Parliament of Kosovo ...

New Media Report on Freedom of Expression in Kosovo

On the International World Press Day, 3 May, Civil Rights Defenders’ partners Kosovo 2.0, COHU! and Press Council of Kosovo released a new comprehensive report on the media scene in Kosovo. The report...