The final stumbling block to the passing of the draconian “Undesirable Foreign and International Organisations” law was overcome the end of May when President Putin officially signed it into law. Any foreign or international organisations “who pose a threat to the foundation of the constitutional order of the Russian Federation, the defense capability of the country or the security of the state” can be designated as undesirable by Russia’s Prosecutor General.

It builds on the controversial the Foreign Agents Law adopted in 2012, where NGOs that engage in political activities and receive any foreign funding, are required to register as ”foreign agents” with the Russian Ministry of Justice. Both laws carry hefty punitive sanctions for any violations and have led to the further strangling of civil society in Russia. 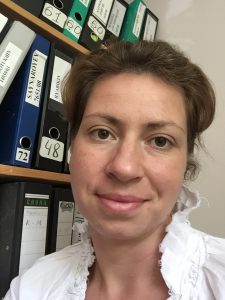 In an interview with Natalia Sokolova, Executive Director of Memorial and long-term partner of Civil Rights Defenders we asked her how the law on “Undesirable Foreign and International Organisations” and the ”Foreign Agents” Law have and would impact Memorial and civil society at large in Russia.

How will the new law on ”undesirable foreign and international organisations” affect civil society in Russia?

For at least 4 last years, civil society in Russia has become under constant pressure from the authorities.  The State Duma, at lightning speed adopts different laws and amendments at will to restrict as many rights and freedoms, as possible, with the threat of criminal persecution constantly hanging over the head of the “offenders”, i.e. Civil Society. This law on ”undesirable foreign and international organisations” is destined for the same purpose. Its clear aim is the further destruction of Russian civil society by banning both foreign and Russian NGOs and other organisations from working in Russia.

As a partner organisation of Civil Rights Defenders, how will the new law affect the human rights work of Memorial?

It is difficult to predict at this stage, although we have no illusions. It was even apparent the next day after the law was adopted, a parliamentary inquiry had been sent to the Prosecutor’s Office asking them to check several NGOs, including Memorial, with the aim of placing them on the list of the so called “forbidden ones”. This clearly demonstrates the aim of this law and leaves us with no doubt that more pressure and intimidation for Russian NGOs and their partners is on the way.

What does the future look like for Memorial and Russian civil society as a whole in light of this law and the Foreign Agents Law 2013?

Why do you think Russian authorities are adopting this law?

Adopting this law is absolutely in the vision of authorities’ policy over the last few years, aimed at the intimidation and destruction of Russian civil society and independent NGOs in particular. The Russian government is not interested in freedom and democratic values.

In 2012 Russia adopted a law on ”foreign agents”. Initially the law required organisations to register themselves if they considered that they could be labelled as a Foreign Agent.  Even if after the findings the Prosecutors office said the organisation was a foreign agent, the Ministry of justice could not put us on the list. However, in 2014, an amendment was made to this law permitting the Ministry of Justice to put any NGO onto the list at their will. So civil society organisations risk being put on the list at the whim of the Ministry.

The Ministry of Justice listed Memorial Human Rights Center as a foreign agent on July 21 2014. Since that date we have been under the constant threat from the authorities  ifauthorities if we do not fulfill the plethora of requirements demanded by them.

In spite of the fact that many representatives of the State Agencies prefer not to cooperate with our staff members, because of Memorial’s “foreign agent status”, we intend to continue our day-to day work on monitoring the situation with human rights and defending victims, since not only NGOs are under pressure.

What is the future for civil society organisations such as Memorial in Russia?

Unfortunately, the current situation leaves us little or no hope that we/they will be able to operate as a legal entity and if we do how long will it be for. However many of us still have not lost the fight to ensure that the right for freedom of association will some day be a reality, using all legal mechanisms available.