Issues related to the rights of LGBT people are rarely a research subject in Bosnia-Herzegovina. The LGBT community seems to have ‘disappeared’ from the public discourse since the violent attacks against the organisers of the Queer festival in 2008.

We made these observations through a legal analysis of the rights of LGBT people in Bosnia-Herzegovina, together with our partner Sarajevo Open Centre.

To change the negative development in recent years, and to prevent LGBT activities from being reduced to private and semi-informal gatherings, we are arranging seminars to strengthen the capacities of newly formed LGBT networks in the country. The promotion of the legal analysis is also part of our effort to encourage LGBT activists to increase their rights based activities and initiatives.

The analysis that was presented on February 2, provides an overview of international, European and national mechanisms of protection and has been distributed to governmental institutions, human rights organisations, LGBT groups, libraries and universities. It will be used as a starting point for further advocacy activities and will also serve as an educational tool. 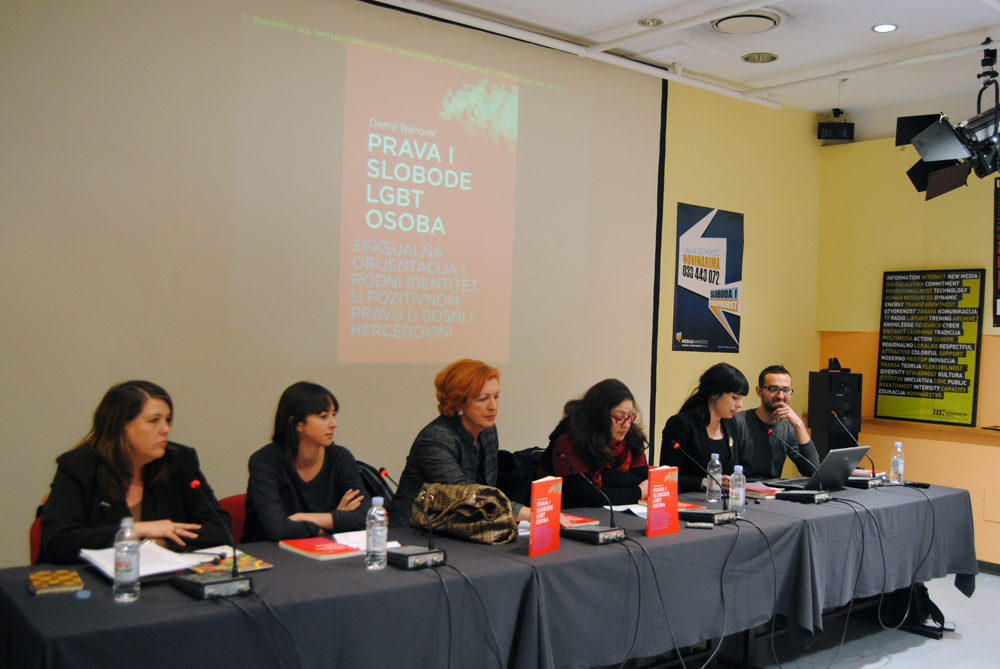