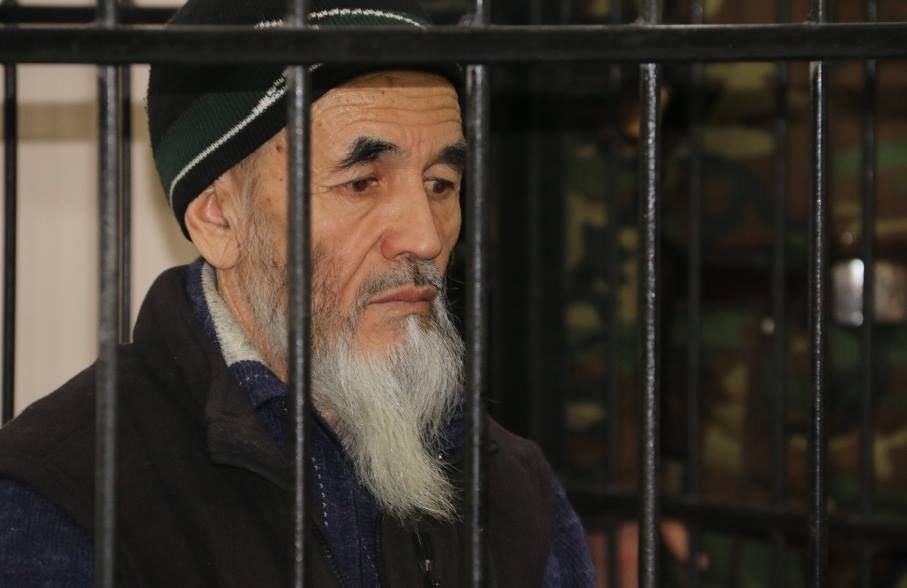 On Saturday, June 15, Azimjon Askarov, human rights defender from southern Kyrgyzstan, will mark exactly nine years since the day he was arbitrarily arrested by the police in his native village of Bazar-Korgon, in connection to the then ongoing violent ethnic conflict.

At the time of his arrest, Askarov, who last month celebrated his 68th birthday at Prison Colony #19 outside capital Bishkek, was collecting information that he shared with international organisations and the media. He was a director of now defunct human rights organisation Vozdukh (Air).

As Kyrgyzstan and the European Union are preparing to strengthen their ties – based on the newly adopted EU Central Asia Strategy and the currently negotiated enhanced Partnership and Cooperation Agreement – Civil Rights Defenders is once again urging Kyrgyzstan to comply with its international obligations and immediately and unconditionally release our imprisoned colleague Azimjon Askarov.

Testimonies that Askarov and his lawyers have provided to the media and courts since the day of his arrest have showed that Kyrgyz police have held him incommunicado, beat him in detention, and barred access to lawyer before they officially registered his detention. Instead of being released due to the abuses, Askarov, who for years have uncovered numerous abuses committed by the regional police and prosecutors, was instead formally charged with inciting violence, participating in the kidnapping of a local mayor, and taking part in the killing of a local police officer.

For nine years since 2010 the injustices in Askarov’s case have continued in Kyrgyz courtrooms of all levels: from the regional court that has sentenced him to life in prison despite the lack of evidence, allegations of his torture, and threats and attacks on his lawyers in the courtrooms to the December 2011 Supreme Court decision to leave the verdict intact. After he failed to find redress at home, Askarov and his lawyers have brought the case before the UN Human Rights Committee, which in March 2016 has ostensibly called on Kyrgyzstan to free him, quash his conviction, pay him reparations, and bring to justice those responsible for his torture.

To this day, Kyrgyzstan, which is a party to ICCPR, have refused to comply with the UN Committee’s ruling. Instead, during 2016 Kyrgyzstan put Askarov on yet another trial which despite of the seemed nature of being open – as authorities have invited journalists, diplomats, and international human rights advocates into the courtroom – did not serve justice to Askarov. On January 17, 2017, Chui Regional Court have left all previous verdicts intact, and left him in jail.

Authorities also continue to put pressure on his wife, Khadicha Askarova, by repeatedly trying to confiscate the one and only house she owns together with Azimjon. These attempts stem from a civil lawsuit in which the widow of the killed police officer has been trying to seek reparations from the jailed rights defender. Although in previous years the lawyers have helped the family defend their home arguing in court that Kyrgyz law provides that an only residence can not be confiscated from a defendant, authorities did not cease their attempts. In early May, Kyrgyz service of the Prague-based Radio Free Europe/Radio Liberty reported that Askarova’s house was once again under arrest by the court order.

Next month, on July 7, Federica Mogherini, the top European diplomat in charge of foreign affairs, is due to reveal in Bishkek the new version of the EU Central Asia Strategy. The primary point of the document states that the EU places respect for human rights at the top of its agenda, as “an essential element of the EU’s bilateral relations with the countries of the region.”

As Askarov’s case shows – for 9 years Kyrgyzstan has been failing to uphold its commitments to human rights by denying due justice to our colleague. It is important that the nation which wants to benefit from the ties with the European Union can finally depict its ability to play by the same rules and demonstrate in practice that it respects human rights.

In Kyrgyzstan, human rights defender Kamil Ruziev is facing forgery charges that appear to have been brought in retaliation for his human rights work. Civil Rights Defenders, together with four other ...

On 11 and 13 May, Kyrgyz courts are scheduled to hold two separate court hearings in the case of Azimjon Askarov, a human rights defender and journalist who is imprisoned for life in retaliation for h...