Kenya: Is “the Boat of Democracy” Sinking or Floating? 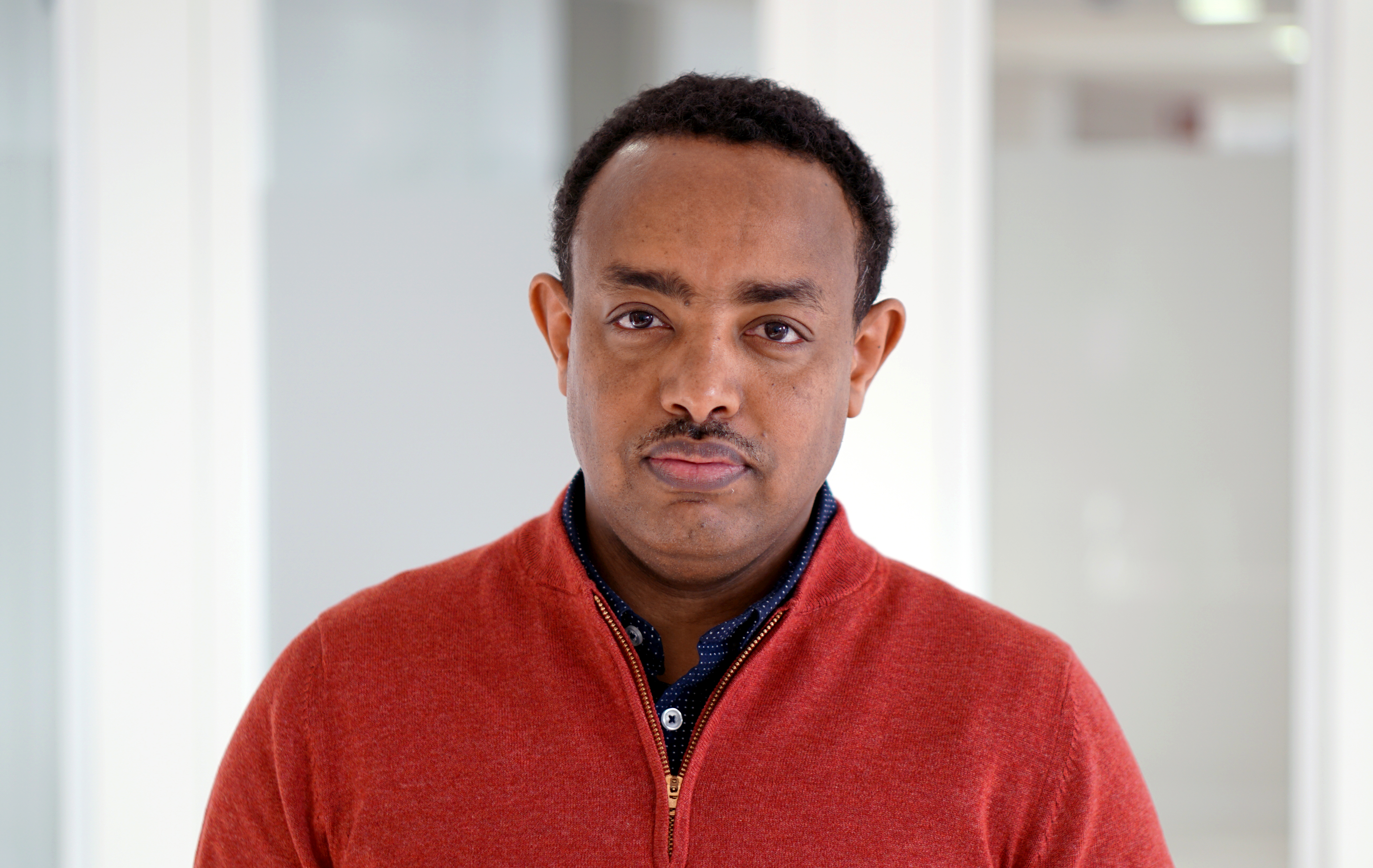 This article is written by Mesfin Negash, Programme Director for East and Horn of Africa at Civil Rights Defenders.

More than 15 million Kenyans cast their vote on 8 August in the second general election since the country adopted a new Constitution in 2010.[1] Two weeks after the results were announced, it remains debateable whether the exercise will deepen Kenya’s democratic culture or stir up the widespread public mistrust of government institutions. Kenya is not new to election controversy. The question has been if and how this year’s election will differ from the previous. The head of the EU Election Observation Mission noted the context that “the election took place in a deeply polarised atmosphere and saw a high number of cases brought before court. The Independent Electoral and Boundaries Commission, the judiciary and other institutions were subject to attacks from candidates, revealing a fundamental lack of trust”.[2]

Nevertheless, the election is said to have been conducted “peacefully” and the result to be “credible” by outside observers such as the African Union, the Carter Centre and the European Union. In a stark contrast, one of the prominent civil society umbrella groups, Kura Yangu Sauti Yangu, concluded that the election “failed the ‘free, fair, verifiable and credible’ test”. The preliminary findings of the group called official accounts of the election in question. Furthermore, the killing of a key electoral personnel in the run up to the voting and the “deregistration” of two leading human rights organisations immediately after the election epitomise the shaky state of affairs surrounding the election.

Despite forecasts of a close race, the official final count showed a fairly comfortable win for the incumbent President Uhuru Kenyatta who represents the coalition called Jubilee Party of Kenya.[3] According to the Independent Electoral and Boundaries Commission (IEBC), Uhuru won with 54.17 % of the votes against his main opposition candidate, Raila Odinga of the National Super Alliance (NASA),[4] who garnered 44.94 % of the votes.[5] Odinga and NASA are yet to accept the result declared by the IEBC.

Kisumu is one of a few counties in Kenya that has been engulfed by days-long post-election clashes between police and protestors following the 8 August general election. The County’s Governor-elect, Professor Anyang’ Nyong’o, had to attended a church service for those who had lost their lives due to the clashes. His plea to the residents resonates the situation from the previous few days: “to resume business and stop provoking the police”. He further assured his audience of the state of democracy in Kenya: “The boat of democracy is not sinking, it is afloat and the captains of democracy are there. Let business go on as usual”.[6] This is exactly what divides the two presidential candidates, insiders and observers alike: is the boat of democracy sinking or floating in Kenya? 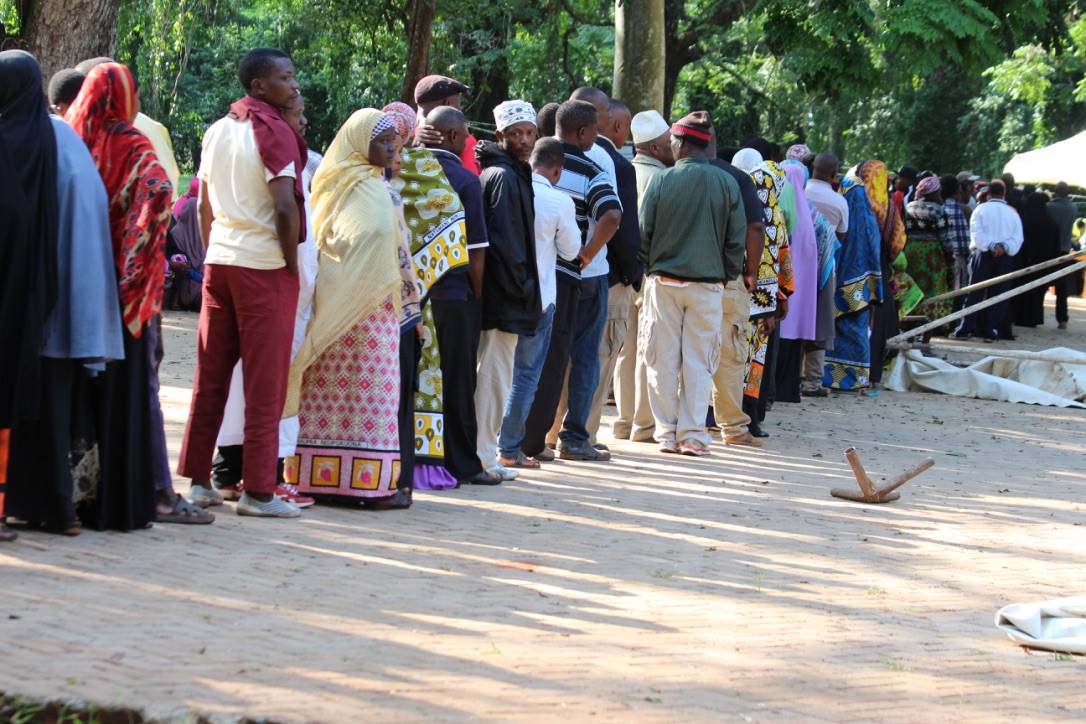 On 18 August, the main presidential contender and his coalition filed a petition to the Supreme Court of the nation to challenge the result of the election. The legal conclusion of the process hangs on the balance until the Court announces its final verdict, expected 1 September.[7] However, the verdict can hardly put the political and social ramifications of the election to rest for good.

The full account of the election brings a number of weaknesses and holes into the picture. The killing of Christopher Msando, [8] who was in charge of the Integrated Electoral Management System (KIEMS) of IEBC, days before the election is casting its shadow with a plethora of questions. A number of inconsistent electoral practices have reported, where the commission received more than 200 court cases. Civil society organisations have documented mishandlings of voters and observers, and the police and security service are being accused of grave violations including extrajudicial killings during the election. Police officials have replied that those who were met with strong force were perpetrators of criminal acts such as theft.

Violent clashes, electoral malpractices, and unlawful arrests were reported during the pre-election period. News of election results from localities immediately after the voting and unconfirmed presidential leads did not pass without causing protests and demonstrations. Leaders of both sides urged fellow Kenyans and supporters to resolve their differences and grievances through peaceful means. But despite the repeated calls from different directions, protests and clashes erupted in some parts of the country. Human rights organisations have reported fatalities as a consequence of these clashes. Yet, the full extent of the damage caused by the post-election conflicts has not yet been compiled.

Furthermore, a wide circulation of “fake news” exacerbated the tension between rival groups, both political and ethnic. Fake poll results, fake local newspaper cover-pages with false headlines, and fake TV reports purportedly made by the likes of CNN and BBC went viral on social media.[9] The media itself was not without criticism.[10] Nine out of ten Kenyans told a poll that they have encountered fake news during the election campaign,[11] which prompted Facebook to introduce a tool to combat fake news for Kenyan users.[12] 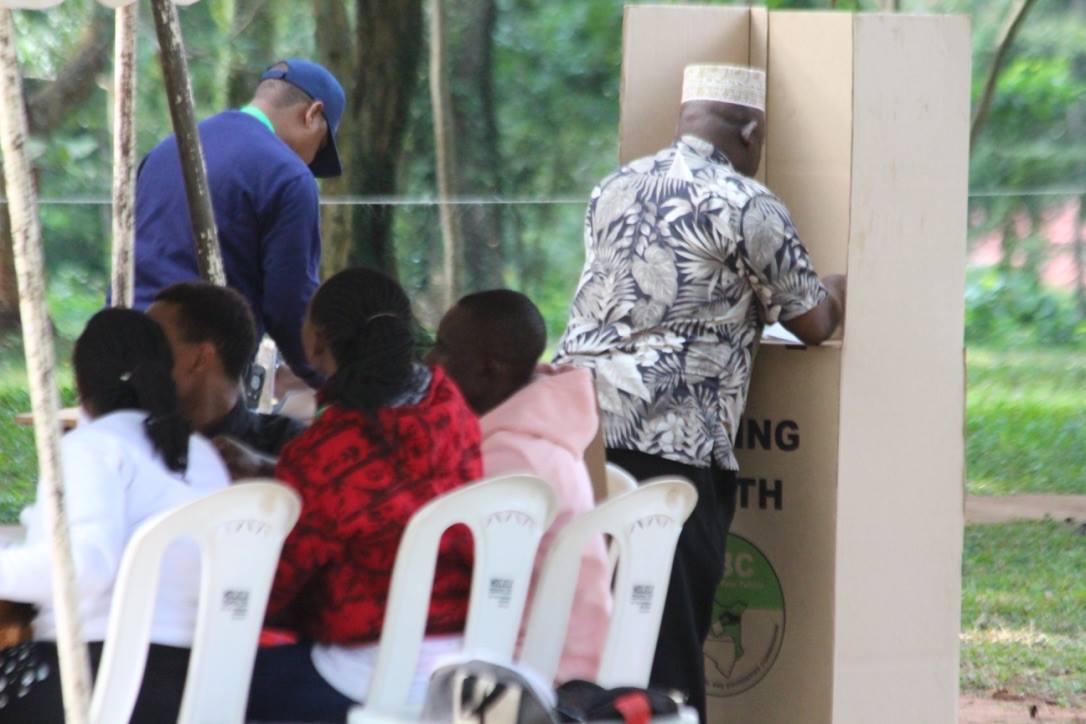 The civil society in Kenya has been calling against the intensified encroachment of civic space by government bodies for a long time. The alleged “deregistration” of two prominent local human rights organisations after four days of the election did not come as a surprise for many. And in the midst of post-election commotion, the NGO Coordination Board reportedly announced the deregistration of the two organisations – Kenya Human Rights Commission (KHRC) and Africa Centre for Open Governance (AfriCOG) – for “alleged tax evasion, illegal bank accounts and illegal hiring of expatriates”[13]. KHRC vehemently denied the allegations. Apparently, a similar decision against KHRC was reversed by a court order in 2016. Local sources indicated that the KHRC was targeted because of its plan to “contest poll result in court”[14]. As it later turned out, AfriCOG operates and is registered as a private limited company where the NGO Board had no mandate to register or deregister. Civil Rights Defenders together with three other human rights organisations recently condemned this action of intimidating local civil society organisations (CSOs)[15].

Furthermore, two domestic election observers affiliated with the Kenyan Election Monitoring Group were arrested in Uasin Gishu County for an unsubstantiated allegation of being in possession of an electoral form[16]. The two were later released.

One of Civil Right Defenders’ local partners, Gay and Lesbians Coalition of Kenya (GALCK), advised its members to put their activities on hold as well as to close down offices during a seven-day period in connection with the election. These were additional measures of concern to their safety even though election preparedness training has been carried out.

– Over the past week, we have received a number of reported direct threats – by use of written notes, of physical and sexual violence targeted to SOGIE [sexual orientation, gender identity, and gender expression] persons… due to their real or perceived sexual orientation. Such notes were written on the cars, social media and hand written notes delivered to the homes of said persons, said GALCK when commenting on the environment for human rights defenders.

A tense election climate is not new for Kenya. Many planned to stay at home, where they had hoarded food items, in particular, in anticipation of unrest[17]. The intimidation and harassment towards human rights defenders and journalists, followed by restrictions in their work, is not either new around the voting process. And the post-election violence is an issue that continues to affect the environment.

The need for transparency in the post-election process will be essential for the outcome to be considered credible, just and fair. The situation calls a visionary leadership and political maturity of actors.

It may be too early and cynical to conclude that Kenya’s “boat of democracy” has sank. This is especially true when we compare Kenya with her neighbours. But it would be equally misleading to assume the “boat” is floating well and to take things in a “business as usual” approach. Kenya has a lot to worry about in its short democratic experiment. We have seen many transition countries slide back to one-man or one-party authoritarianism. Some of the signs are on the wall in Kenya.

Linnea Adebjörk has contributed to this article.

Today, court hearings resume in the case where the Owino Uhuru community and the environmental rights organisation Center for Justice, Governance and Environmental Action (CJGEA), together are challen...