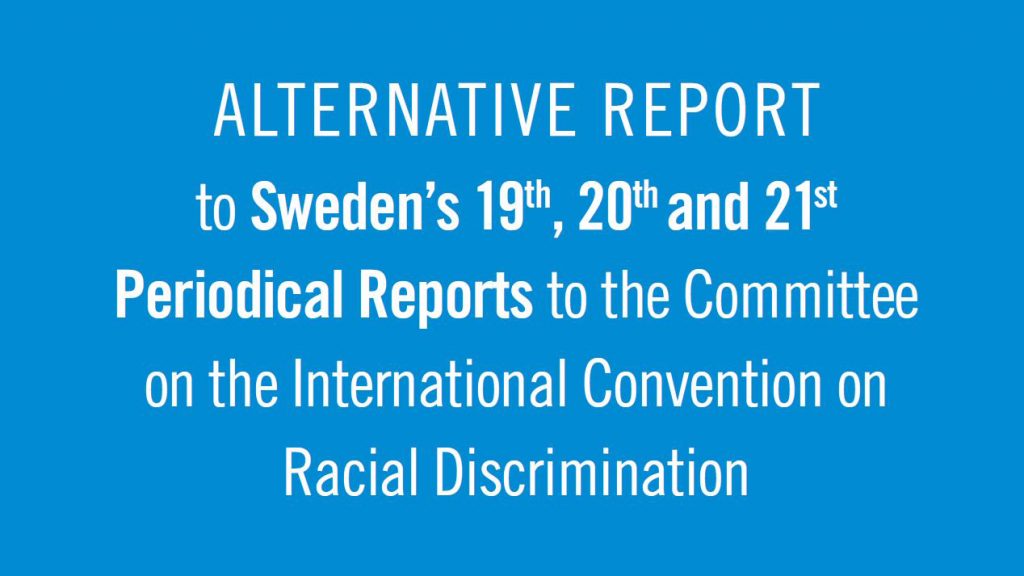 On 22 and 23 August a hearing was held with the Swedish government in the UN Racial Discrimination Committee due to previous criticism from the committee. Before the hearing, Civil Rights Defenders, along with Swedish United Nations Association, and nearly fifty other organisations presented an alternative report to the Swedish nineteenth, twentieth and twenty-first reports to the UN Racial Discrimination Committee.

Despite some measures taken, the report shows that structural racism, discrimination and hate crimes still pose serious problems in Sweden. The report reveals particular the situation of Sweden’s five national minorities and Muslims, Afro-Swedes, asylum seekers and undocumented people. To deal with the problems and ensure everyone’s safety and equal rights the government must act decisively and take concrete action.

In this report, we point particularly to the need for:

During the hearing, Committee members expressed concern, from the data in the alternative report, about the situation and demanded from Sweden to take action to combat racist propaganda and hate crime, and to ensure that more discrimination cases are tried in court.

Five years after the sarin gas attack on Khan Shaykhun, the Syrian Center for Media and Freedom of Expression (SCM), the Syrian Archive, the Open Society Justice Initiative, and Civil Rights Defenders...

New law to give the Sámi people greater influence

For many years, the UN and the Council of Europe have sharply criticized how Sweden lives up to the international documents regulating indigenous rights such as the right to land, water and influence ...

On November 9 – 10, Sweden is being reviewed by the UN Committee Against Torture, which monitors how UN member states comply with the Convention Against Torture and Other Cruel, Inhuman or Degrading T...

Serious Criticism Against Proposal on Wiretapping Without Crime Suspicion

The Swedish government is appointing a new inquiry to investigate whether police and prosecutors should be able to use secret coercive measures, such as wiretapping, to a greater extent and without re...

Today, the Swedish Government presents who will form the board of Sweden’s new Human Rights institute, which starts its operations in January 2022. Civil Rights Defender’s Senior Legal Adv...