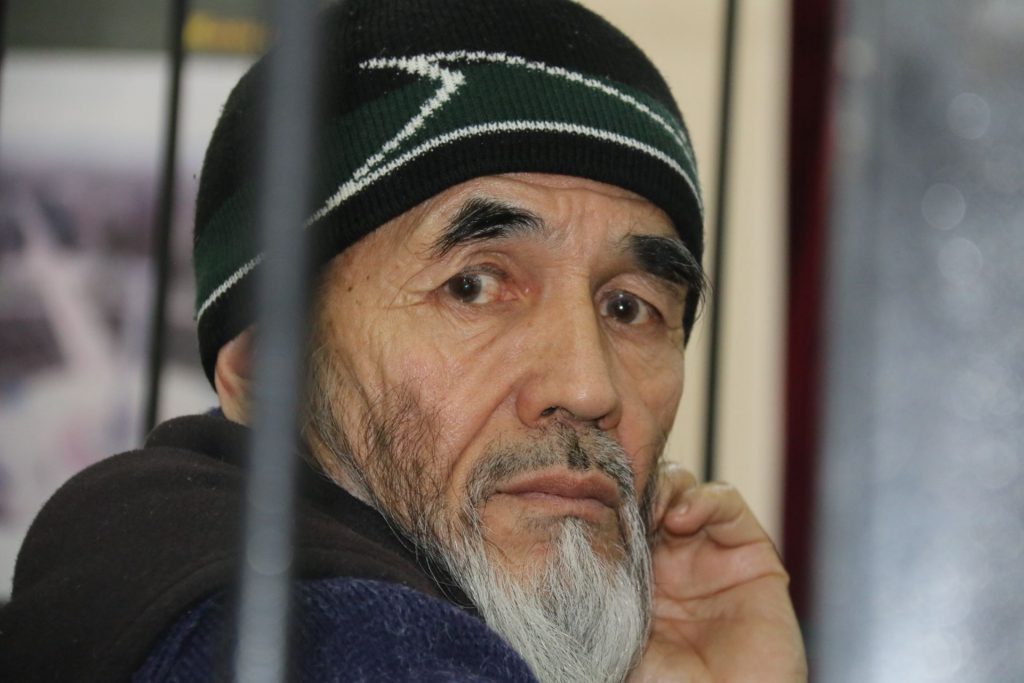 After being sentenced to life in jail on trumped up charges in September 2010, 68-year-old Askarov continues to languish behind bars, despite the obligatory ruling by the UN Human Rights Committee that called for his immediate release in March 2016.

As the Kyrgyz government is looking to strengthen its ties with the European Union, it is important that authorities in Bishkek demonstrate their commitment to human rights and the rule of law by releasing the unfairly convicted and frail human rights defender.

See the full letter, sent to the EU officials in June, below.

We, the undersigned international human rights organisations, write to express our utmost and urgent concern about the ongoing wrongful imprisonment of Azimjon Askarov and the deterioration of his health, and to urge you to advocate with the Kyrgyz government for his immediate release and transfer to a safe third country for medical treatment.

As you know, Azimjon Askarov, 68, is a human rights defender and journalist who, in September 2010, was unfairly convicted and sentenced to life in prison for his alleged role in the June 2010 interethnic violence in southern Kyrgyzstan. He was found guilty of participating in mass disturbances, inciting ethnic hatred, and complicity in the murder of a police officer who was killed during the unrest. The investigation and trial into the alleged crimes were marred by due process and fair trial violations, and were conducted in a hostile atmosphere where relatives of the deceased police officer intimidated and attacked the defendants, their lawyers, and family members. Mr. Askarov’s credible allegations that he was tortured in pre-trial detention have never been properly investigated. His guilty verdict was upheld on appeal, including by the Supreme Court.

The United Nations Human Rights Committee ruled in March 2016 that Azimjon Askarov was arbitrarily detained, held in inhumane conditions, tortured and otherwise ill-treated without redress, and was not given a fair trial. The ruling noted that Kyrgyzstan “violated the author’s rights under article 14 (3) (e) of the Covenant [ICCPR].” The Committee called on Kyrgyzstan to take appropriate steps to immediately release Mr. Askarov and quash his conviction. Although the decision prompted a judicial review of his case, the Bishkek court in January 2017 handed down the same verdict as before. Askarov remains incarcerated, serving a life sentence.

The European Union (EU) has called on Kyrgyzstan to “fully implement” the Committee’s ruling in an April 2016 statement. More recently, in January 2019, the European Parliament adopted a resolution on the EU-Kyrgyzstan comprehensive agreement calling for Azimjon Askarov’s immediate release and full rehabilitation, and for Kyrgyzstan to quash his conviction and provide him with reparation.

On 18 March 2019, Mr. Askarov was transferred from temporary detention facility SIZO-1 in Bishkek to Prison Colony No. 19, located about an hour outside Bishkek, in the Chuy region.

According to one of his lawyers, who visited Mr. Askarov in prison on 10 April, “Azimjon Askarov’s health has significantly deteriorated. Askarov has lost weight, he is coughing all the time. He has a dry cough, and at times, he is unable to catch his breath. Azimjon complained that his legs are very cold, and nothing helps – not socks, shoes, or heating. He has stopped drinking fluids to lessen the number of times he must use the toilet.” His lawyer relayed that if Mr. Askarov is required to stand for long periods of time – such as during a cell check by prison officials, which happens daily – he feels light-headed and dizzy. It is also hard for him to breathe, his lawyer noted.

We are highly concerned about the ongoing denial of justice for our imprisoned colleague, the deterioration of his health, and the quality of medical care available to him in Prison Colony No. 19.

Azimjon Askarov has already served nine years in prison on a conviction handed down in a fundamentally flawed and unfair trial. Justice has never been served in his case. His continued detention is a major stain on Kyrgyzstan’s human rights record that should be addressed before the EU deepens its cooperation with the country’s authorities.

Ahead of High Representative Mogherini’s visit to Central Asia on the occasion of the EU-Central Asia Ministerial meeting in July, we urge you to do everything in your power to help Azimjon Askarov go free, immediately get the medical attention he so greatly needs, and be able to reunite with his family in a safe, third country.

We thank you for your immediate attention to this urgent matter.