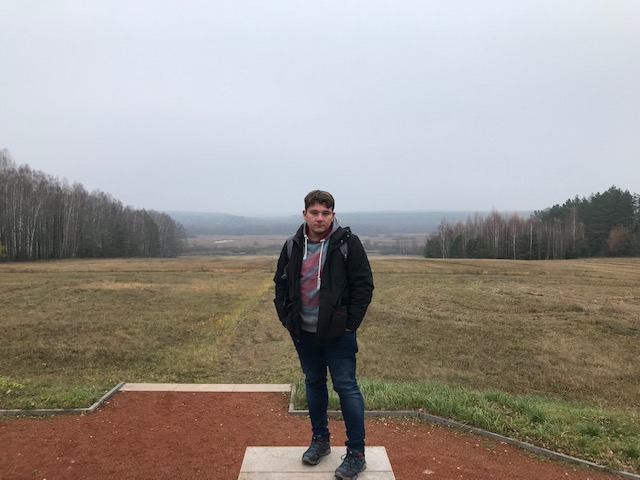 Pavel Slepuhin is a photo correspondent working in Borisov, a small town in Belarus. Like many of his colleagues, he has become well aware of the difficulties of standing up for press freedoms in the country. Often, Pavel is not allowed to take photos during press conferences, and he has many times experienced how someone tries to take away his camera or block the view on purpose. This is Pavel’s personal experience of what it is like to work as a journalist in today’s Belarus:

Working in a small city

“I work in a small city called Borisov. I believe that this can sometimes be more difficult than working in a larger city. Here, everyone knows my name and my face. If I was working in Minsk for example, that would not be the case and it might be easier to receive information from officials, also because these people do not stay as long in their positions as they do here. For example, a new major was just elected here in Borisov, and before that it was nine years since the last election.”

No support from the police

“A large issue for independent journalists is the lack of information that we receive. When I attend press conferences, I am often avoided, and no one is willing to answer my questions. I have often experienced how the organisers try to take my camera away or block the view on purpose so that I cannot get a proper photo. In general, you are allowed to record, but the police will still refuse to let you do so. They know that the managers do not like it when we are recording, and so they just adapt to that. When you ask the police which law you are breaking by taking pictures, of course they do not know.”

A will to make the world a better place

“Since I am from here and grew up here, it is important for me that this place does well. I really want to be able to say that I am happy to be from Borisov. This is the biggest motivation for me to continue working here. Another motivation is that the work means something and that there are results from the work that I do. They may be small, but they happen. So, I will keep working, because I have a desire to make the world around me a better place.”